By Eleanor Dye for Mailonline

A family began a desperate search for their father’s body after learning that a stranger had been buried under the headstone they had been mourning over for nearly two decades.

Brother Tom Bell, 58, and his sisters Denise, 59, and Debra, 53, received a call four weeks ago from gravediggers telling them someone else was buried in their father’s grave.

The siblings had mourned the loss of their father, Thomas Bell, on his headstone for 17 years after he died aged 63 in 2005 – and said the cemetery had ‘bodies all in the wrong place’ ‘, calling it ‘a mess’.

Tom, Denise and Debra lost their mother Hilda on June 19 – and her dying wish was to be buried alongside her loving husband.

Thomas Bell (pictured right) died in 2005 aged 63. His family were told his body was not under the headstone they had mourned over for 17 years after the death of his wife Hilda (pictured left) and her dying wish to be buried next to her husband 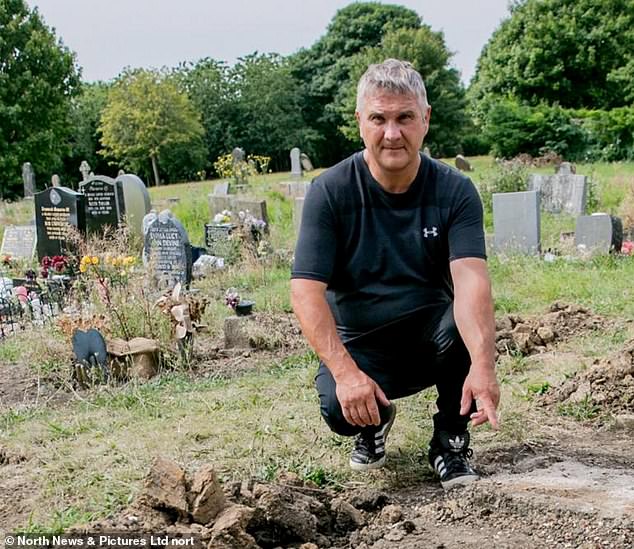 His son Tom Bell said it was “absolutely awful” after gravediggers said his father’s body was not in his grave. Eight graves have now been dug to find the body. Pictured: Tom as the grave where the family believed his father was buried

But six weeks after his death – and after eight graves were unearthed at Holy Trinity Church in Wingate, County Durham – Thomas’ coffin is still missing and Hilda’s body is being held at a funeral home.

Their son Tom, who lives near Easington, said: ‘We live hand to mouth, hoping every phone call is the one that says he’s been found.

“We can’t mourn our mother because we fight against it every day. 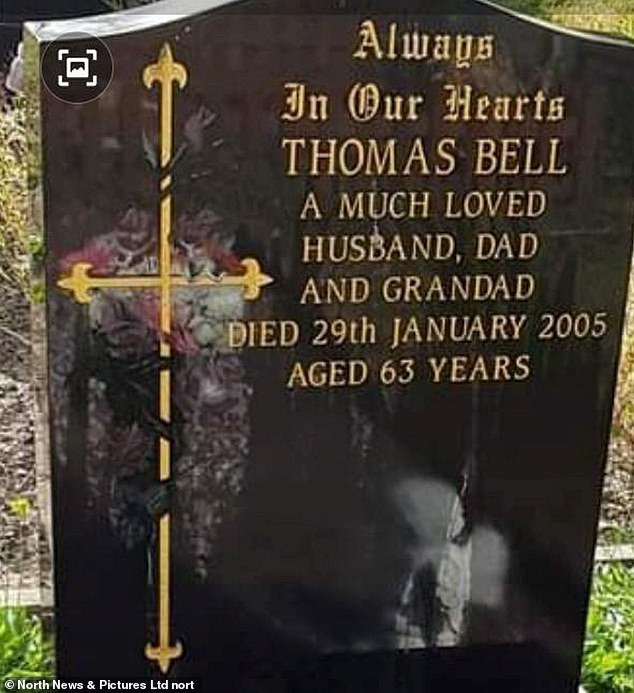 Brother Tom Bell, 58, and his sisters Denise, 59, and Debra, 53, received a call four weeks ago from gravediggers telling them someone else was buried in their father’s grave. Above: The headstone pictured before it was removed ahead of Hilda’s funeral 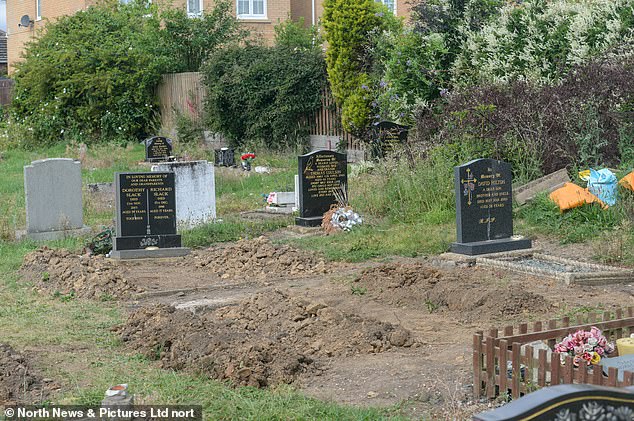 Tom said: ‘They’re going to have to start digging to check the nameplates on each coffin. There are bodies all in the wrong places, it’s a mess. Pictured: The grounds of Holy Trinity Church in Wingate, County Durham

“She deserves to be buried alongside dad, but we don’t even know where he is, and the poor soul has been in a funeral home for six weeks now.”

Hilda died at the age of 79 from COPD. The family hoped to have her laid to rest alongside her husband at Holy Trinity Church after a funeral service on July 1, but instead had to bring her body back to the funeral home. 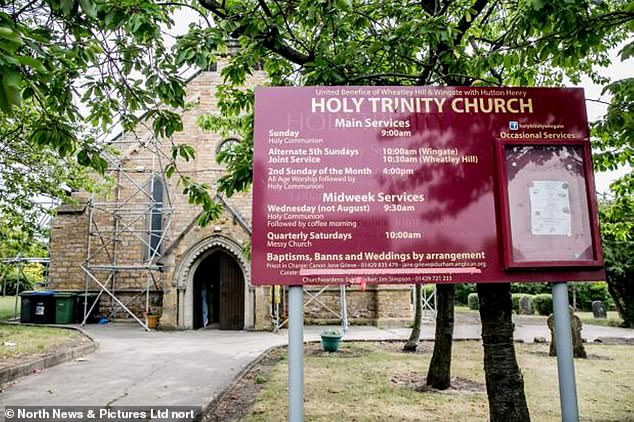 Thomas Bell’s wife, Hilda, is still being held at the funeral home six weeks after his death. The family want her to sleep next to her husband at Holy Trinity Church in County Durham (pictured above)

“They are going to have to start digging to check the nameplates on each coffin. There are bodies all in the wrong places, it’s a mess.

A spokesperson for the Diocese of Durham, which handles burials at Wingate Cemetery, said: ‘We recognize the pain and distress the families are going through and continue to pray for them at this difficult time.

“The Diocese of Durham is working with the relevant legal authorities to ensure this sad situation is resolved with the utmost urgency.”