DR ELLIE CANNON: Bleeding after the menopause must be checked out NOW

I am a 69-year-old woman – long past the menopause but recently I have started bleeding – it’s a bit like a short period. Why?

Any bleeding after the menopause is not normal, and for this reason it’s vital you consult your GP urgently – even if you have seen the blood only once or it’s just a small amount.

Some might not be sure it’s even blood, but you must still get checked out.

First, tests are needed to determine the cause, including an examination with the GP to look at changes in the vagina and cervix. Patients are usually referred for an internal ultrasound to look at the womb and ovaries.

One potential cause of this bleeding, known as post-menopausal bleeding, is endometrial cancer.

Any bleeding after the menopause is not normal, and for this reason it’s vital you consult your GP urgently – even if you have seen the blood only once or it’s just a small amount (stock)

The endometrium is the lining of the womb, so any changes to it – including growth – may trigger bleeding. Studies show that 90 per cent of women with endometrial cancer present with abnormal bleeding as their first symptom.

There are other menopausal-related reasons that could cause the bleeding.

Due to hormonal changes, including a lack of oestrogen, the lining of the vagina can become thin and more fragile – and may bleed.

Non-cancerous lumps known as polyps can develop within the womb or cervix and can bleed.

Abnormal bleeding can also be related to hormone replacement therapy. Starting, stopping or changing dose could trigger it, even if you haven’t had a period before you started the treatment.

Another common cause of bleeding can be thickening of the lining of the womb, which isn’t cancer.

This is known as endometrial hyperplasia and can be spotted on an ultrasound, which GPs can refer you for.

If this is the case, specialists may want to take a biopsy to check it is not cancer and monitor it regularly for changes.

Since being diagnosed with type 2 diabetes last year I’ve developed an itch in my pelvic area. Are the two issues linked?

Give pregabalin a chance!

Last weekend’s report about the risk of addiction to the anti-anxiety drug pregabalin ruffled a few feathers.

Readers wrote to tell me that pregabalin doesn’t always cause stifling withdrawal symptoms – for some, it transformed their life positively.

The negative stories may be the most memorable, but they’re a small minority. For most, these drugs are safe and effective at helping them get back on their feet after a serious mental illness or agonising nerve pain.

Don’t rule it out completely.

Type 2 diabetes is a common condition in which the hormone that converts our food into energy doesn’t work efficiently, causing blood sugar levels to become dangerously high.

But it doesn’t just affect the metabolism – it can cause problems in organs, including the kidneys, eyes, nerves and skin.

The most common symptoms are tiredness, excessive thirst and urinating more frequently than normal. But other symptoms – for instance blurred vision – can also develop as parts of the body become affected by the high blood sugars. Type 2 diabetes also causes the immune system to weaken, increasing the risk of infections.

One of these is thrush, a yeast infection in the pelvic area.

Thrush is common in people with type 2 diabetes. The infection tends to thrive in warm, moist areas, and having high blood sugar levels can exacerbate this.

Thrush in men and women causes a lot of itching as well as soreness, irritation and redness.

Thrush cream is available to buy without a prescription from the pharmacist and is worth trying for a week or two to see if it resolves. If it helps, continue applying it for a further week or two until the problem is solved completely. If the cream does not help, contact the GP. It’s possible other conditions may cause the itching, including skin conditions such as dermatitis or eczema.

My 65-year-old mother went on a diet after being diagnosed with type 2 diabetes. But now she’s become obsessed with Facebook videos about ‘healthy’ eating – and won’t touch anything that isn’t a salad. I’m worried she’s wasting away.

Changes to diet and weight loss are important for those with type 2 diabetes and those at risk of developing it. The condition leads to high blood sugar, and raises the risk of a range of problems, including heart disease.

But diet is not the whole picture. I often see patients who are rigorous in their diet and exercise, keep their weight down and remain very active yet still have high blood pressure, or high cholesterol or type 2 diabetes. 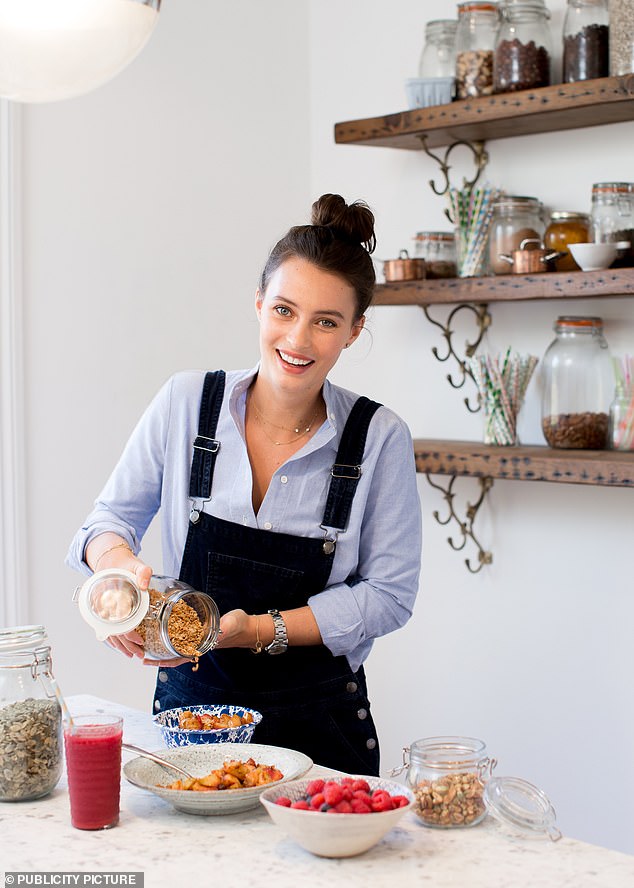 It is disheartening. But that is because these illnesses do not only result from lifestyle habits – they are also genetic. Dietary advice you might see online or on social media is often not the right advice. For example, many people avoid carbohydrates, fat or convenience foods unnecessarily. It’s essential patients in these situations seek help from a dietician – the only specialists in this area who have a holistic understanding of the need for proper fullness and calorie intake, while knowing how to limit potentially detrimental foods.

We don’t often think of older adults as suffering with eating disorders, but a zealously healthy diet is a known trigger for one, regardless of age.

A newly identified eating disorder, orthorexia, is a particular risk in this case – patients take an extreme approach to restricting foods to the extent it interferes with work and relationships. For this reason, discuss access to psychological and dietetic help.

I started taking antidepressants following months of feeling utterly miserable and hopeless. But now I can’t stay awake during the day or focus on anything. When will this feeling go?

Although it might seem odd to feel this way for such a long time after starting a medication, it’s common among my patients who take antidepressants.

Side effects such as confusion, problems concentrating, disrupted sleep, general exhaustion and appetite changes are very common when starting on some of the most frequently prescribed medications. It is important that doctors explain this when the drugs are prescribed, to ensure you’re fully warned.

Do you have a question for Dr Ellie Cannon? Email [email protected]

These side effects are also worsened by alcohol.

The most common type of antidepressant prescribed by GPs are selective serotonin reuptake inhibitors, or SSRIs, such as sertraline, fluoxetine or citalopram.

Generally, the benefits of SSRIs are seen after at least two weeks of taking them – sometimes it’s as long as a month before you see any positive change.

You’ll have to wait for roughly the same amount of time for any side effects to subside, which they do for most people. It may simply be a case of trying a medication for long enough to see positive effects.

For the majority, side effects are mild and the benefits easily outweigh them.

This is why SSRIs remain a popular treatment for depression. Your doctor should see you every two to three weeks while you are trialling medication for depression to keep track of symptoms.

Medication is just one aspect of treatment – psychological therapy and changes to your lifestyle can have an impact, too. Exercising, practising deep-breathing therapies and adopting a healthy, balanced diet are always worth doing alongside medication.