Johnson had delivered an address Thursday night before the Republican National Convention from Washington, D.C., and so was seated with Trump at the White House the next day when reporters came in.

That’s when Trump surprised her with a full pardon, as he had only commuted her sentence in June of 2018.

Seated next to the Resolute Desk, Johnson wiped away tears.

Alice Johnson (left) watches as President Trump (right) grants her a full pardon in the Oval Office Friday, a day after she addressed the Republican National Convention 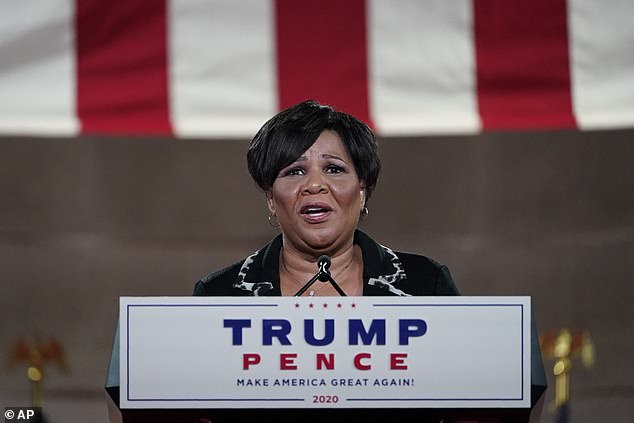 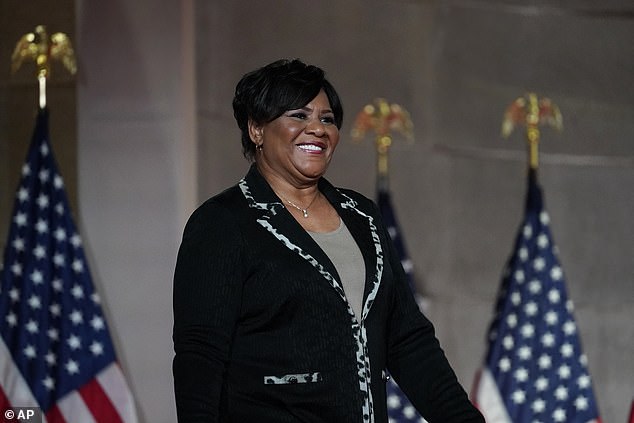 Alice Johnson said President Trump ‘saw me as a person. He had compassion. And he acted,’ during her RNC address at the Andrew W. Mellon auditorium in Washington, D.C. 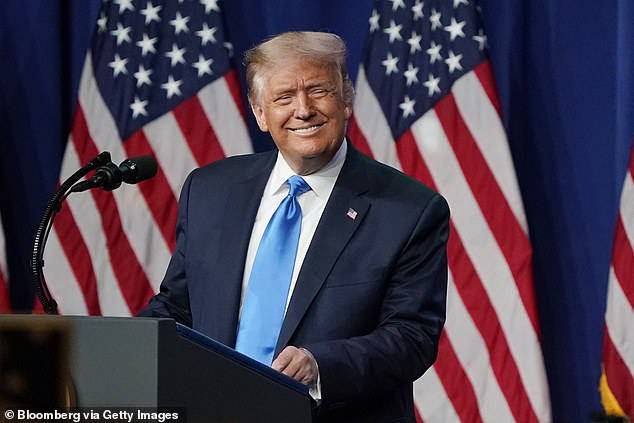 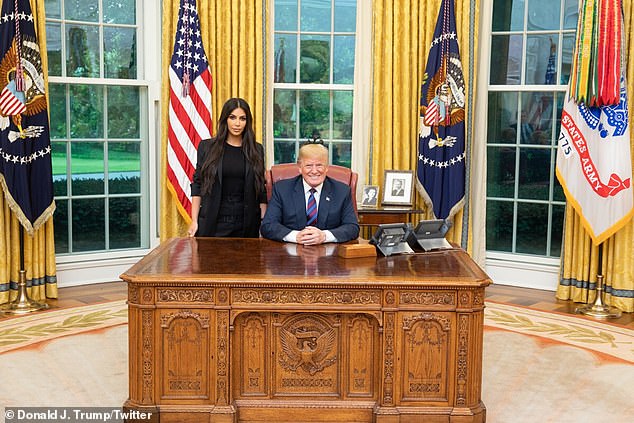 ‘That means you have been fully pardoned, that’s the ultimate thing that can happen, that means you can do whatever you want in life,’ Trump continued. ‘Just keep doing the great job you’re doing.’

Johnson has been a criminal justice reform advocate and spoke of redeption at Thursday night’s RNC.

‘When President Trump heard about me – about the injustice of my story – he saw me as a person. He had compassion. And he acted,’ Johnson said.

Johnson had been convicted in 1996 for involvement in a Memphis cocaine trafficking scheme, which came with a life sentence, seen by Kardashian and other criminal justice reform advocates as much too tough for a non-violent offender.

Kardashian first came to the White House in May 2018 to tell Trump Johnson’s story. White House adviser and presidential son-in-law Jared Kushner was on board.

She was a guest of Trump at his 2019 State of the Union address.

‘I was once told that the only way I would ever be reunited with my family would be as a corpse,’ Johnson said on the RNC stage. ‘But by the grace of God and the compassion of President Donald John Trump, I stand before you tonight. And I assure you, I’m not a ghost! I am alive, I am well, and most importantly, I am free.’

Johnson said that sentencing should be ‘fair and just’ and argued that hers wasn’t.

She said she made the best of her 21 years behind bars.

‘While in prison, I became a playwright, a mentor, a certified hospice volunteer, an ordained minister, and received the Special Olympics Event Coordinator of the year award for my work with disabled women,’ she said. ‘Because the only thing worse than unjustly imprisoning my body, is trying to imprison my mind.’

‘My transformation was described as extraordinary. Truth is, there are thousands of people just like me who deserve the opportunity to come home.’

She added that her Christian faith kept hope alive.

‘When I was released on June 6, 2018, I ran across that road and hugged my grandchildren for the first time. I’ll never forget that feeling!’ she said.

‘Free in body thanks to President Trump. But free in mind thanks to the almighty God,’ Johnson said.

NBA: Play-offs to resume on Saturday after player protest