One of Britain’s most experienced scientists who has advised four Prime Ministers on health strategy has slammed the Government for causing the covid-19 death toll to rise unnecessarily.

Sir David King, who was chief scientific adviser from 2000 and worked with Tony Blair, Gordon Brown, David Cameron and Theresa May, says Boris Johnson has got it ‘drastically wrong’.

He said a one week delay in the Government’s coronavirus action plan being put into full swing may have cost around 40,000 lives.

And he said at one stage the path being followed by the government early on in the corona virus battle was set to lead to up to 250,000 deaths in Britain before it changed direction.

Sir David, who is now part of a group of independent scientists offering advice on the virus and was Mrs May’s climate change expert, said Britain went into lockdown too late.

He criticised the Government for first relying on ‘herd immunity’ to combat the virus and then changing its course of action and relying on a poorly funded National Health Service. 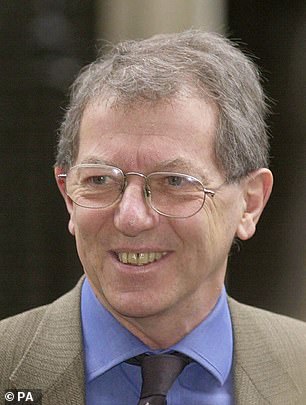 Sir David King (pictured), who was chief scientific adviser from 2000

If Britain had stuck to its initial ‘herd immunity’ course, the total number of corona virus fatalities would have been between ‘200,000 and 250,000’ he said.

He added: ‘There are about 12-15,000 people who have died because the National Health Service was unable to give them the emergency treatment they needed and they would normally have got.

‘The total number of fatalities in Britain is about 55,000. If the government had acted even one week earlier to put us into lockdown, it would have been about a quarter of this number.’

Sir David had several intermittent spells as a Government adviser with the main term being from October 2000 to December 2007.

He was a scientific adviser to David Cameron, then advised the Foreign Office and later worked for Mrs May on climate change.

Sir David is also a Professor in physical chemistry at Cambridge University.

He said Blair and Brown always heeded his advice and in 2006 a report by the World Health Organisation warned of a global infectious disease outbreak and an operation to prepare hospitals with PPE began. 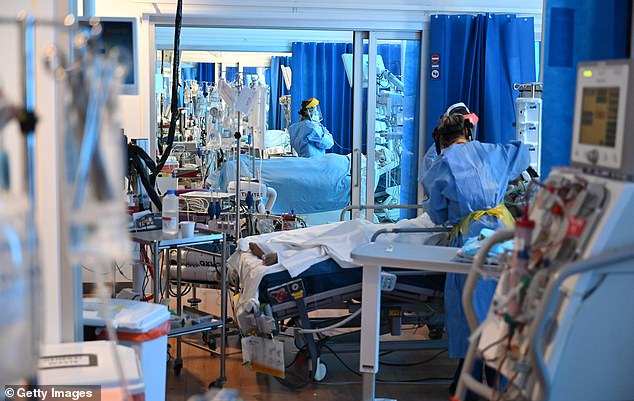 The intensive care unit at Royal Papworth Hospital in Cambridge on May 5. Sir David is also a Professor in physical chemistry at Cambridge University

But in 2010, he said, austerity measures were introduced by the Cameron Government and were continuing under the present government.

‘The National Health Service was badly battered by those austerity measures. The lower funding meant that long range problems were set aside to deal with every day problems.

‘So all of that process was set aside. We began to dismember the health care system in the United Kingdom.

‘And we are still in that process today where the Government has announced that once again we are going to re-vamp the health care system. 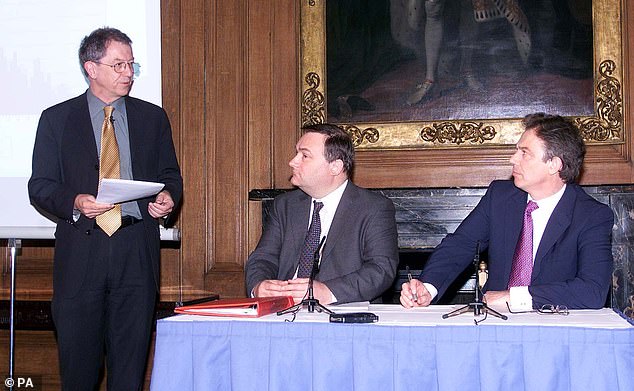 He said Tony Blair and Gordon Brown always heeded his advice and in 2006 a report by the World Health Organisation warned of a global infectious disease outbreak and an operation to prepare hospitals with PPE began. Pictured, Mr King (left) with Mr Blair in 2001

‘So when this outbreak occurred there was still one group who had joined us in that big programme in 2006, the World Health Organisation fully aware of this challenge to humanity.

‘When the Chinese published an extraordinary good paper in The Lancet on January 23rd, WHO went to work and early in February issued a report for every country on what action should be taken.

‘We didn’t heed that. The country in Europe that did heed that report was Greece, a country that had suffered economically very severely.

‘Their income had been perhaps been diminished by 30 per cent of GDP. But nevertheless the Greek government went to work in February getting itself equipped with all the equipment it needed in its hospitals to handle the outbreak, bringing in the expertise to manage it and also going into lockdown before any other European country. 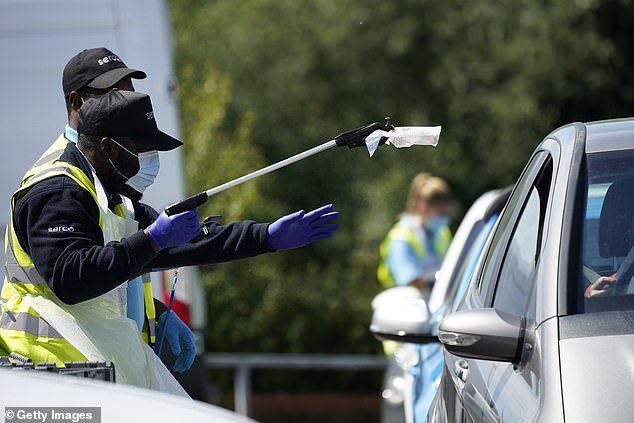 Serco staff working on behalf of NHS Test and Trace operate a coronavirus testing centre on July 30 in Stone, England

‘At that point, they didn’t have the test and trace capacity to manage to catch every case that would emerge in the country.

‘When they went into lockdown in the week of March 4th, they didn’t have a single death and to this day the total number of deaths in Greece is a little less than 200.

Sir David, in a podcast titled ‘Thoughts and Leaders’ by Jonathan Gabay, waded into the debate on whether children should return to school next month.

He said: ‘The damage from children not going to school is really much, much greater than the potential risks from picking up covid-19.

‘Children go to school and pick up various colds and things, and that is how they build up anti-bodies. 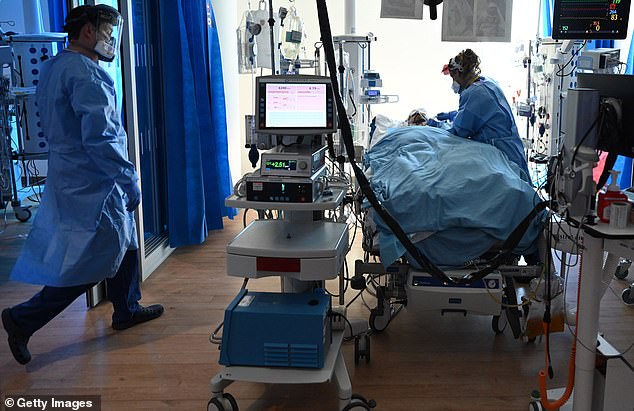 Royal Papworth Hospital on May 5. If Britain had stuck to its initial ‘herd immunity’ course, the total number of corona virus fatalities would have been between ‘200,000 and 250,000’, according to Sir David

‘So mixing with other children is actually good for you in the longer term. The most important thing for the country at the moment is to re-open schools and to re-open them safely.’

He said the test and trace system must be intensified so that every covid-19 victim and their contacts could be put into isolation with 24 hours.

And he said people in isolation should be visited and not just be monitored by telephone calls and called for ‘shoe leather’ to become the norm.

He said pubs and restaurants should not be serving customers indoors because of the risk of unmasked people spreading the virus..

He added: ‘There is no question wearing a mask is good indoors. But out of doors as long as you keep that one and half meters or two meters apart, you are fine.

‘Where ever possible you should be wearing a mask. ‘

He said it was possible that Britain ‘Could see another spike,

He added: ‘Our leaders have done a drastically poor job, right up to the present time.’

He said localised track and trace should have been the norm with GPs involved rather than the national operation currently in use.’

He said doctors, nurses and the NHS had been rightfully praised ‘for the amazing job and that is the public sector at work.’

Referring to Sweden following its herd immunity path, he added: ‘I believe initially this Government’s policy was to follow herd immunity, although they deny it.

‘Then it was abandoned when it became clear that we couldn’t possibly manage when the disease was quadrupling every week. The number of deaths projected at that point was in the region of 200,000 to 250,000 in Britain.’

He said he understood the Government ignored the WHO advice on Covid-19′ because it’s attitude was for developing countries and that was nonsense.

He added: ‘We didn’t act in time, we could have kept this disease down to a very low level.

‘We could have had a very small number of deaths and we could now be talking about an economy that would have recovered.’

Coronavirus: A bank holiday weekend with a difference