In his inaugural speech as prime minister, Rishi Sunak had two key objectives.

The first was to galvanize and unite the fractured and rudderless Conservative Party.

The second was to reassure the country that it has a credible plan to fix Britain’s struggling economy as millions face hardship.

Either way, it was a statesmanlike and eloquent performance.

Speaking in Downing Street, Mr Sunak left his audience in no doubt about the daunting challenges ahead.

But with a 37-point lead over Labor in the polls and increasingly seen by voters as more competent on all issues, he exuded an urgency and sense of purpose that has been sorely lacking in recent months.

In his inaugural speech as prime minister, Rishi Sunak had two key objectives. The first was to galvanize and unite the fractured and rudderless Conservative Party

You could almost hear the collective sigh of relief that the madness that has engulfed the government might finally be over. The calm after the storm – we hope.

While praising Liz Truss, Mr Sunak made clear his determination to correct the “mistakes” of his botched mini-budget. But the truth is that this economic crisis has been going on for at least 20 years. Even before Covid, the country was living way beyond its means.

It is therefore imperative to consolidate public finances. It would be immoral, he rightly said, to “leave your children and grandchildren a debt to settle that we were too weak to pay”.

Cleaning up the mess will not be an easy task. Mr Sunak deserves credit for looking the nation straight in the eye and admitting there were “tough decisions ahead”.

Spending cuts are inevitable, and there will be howls of protest from the public sector at every attempt to cut corners.

But the state has become more bloated than ever since the pandemic, and there’s a lot of waste to reduce. 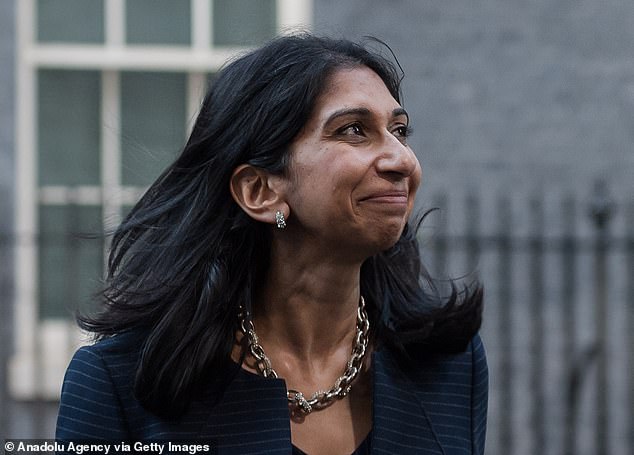 Mr Sunak should be wary of putting even greater pressure on beleaguered families. The tax burden is already at its highest level in 70 years, having increased at an inexorable rate during his own term as chancellor.

And while he hailed the Tories’ key values ​​of growth, enterprise and job creation, no one knows how that equates to raising corporation tax to a stifling 25% .

His redesign deserves huge praise. Not only are the best talents promoted, but it is done in a spirit of reconciliation. In an attempt to de-actionnalize the feverish party, his Cabinet reflects every strand of it.

Bringing Suella Braverman back as Home Secretary is welcome proof that Mr Sunak wants to bring Channel migrants under control. It was wise to keep Ben Wallace in the MoD as we support Ukraine’s fight against Putin’s illegal invasion. And there was even a comeback to plot drug addict Michael Gove to complete Boris Johnson’s upgrade scheme. 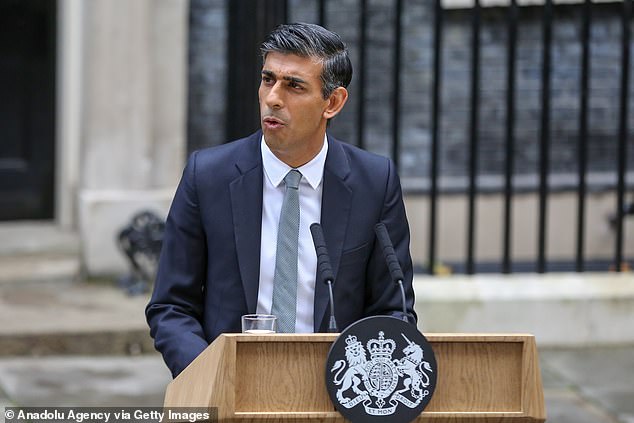 Speaking in Downing Street, Mr Sunak left his audience in no doubt about the daunting challenges ahead

Labor is calling for an election, but it’s the last thing Britain needs in these alarming days (and they never complained when Gordon Brown was gifted for power).

As Mr Sunak said yesterday, this government has a clear mandate after winning a landslide victory in 2019 and its manifesto promises have not changed.

With rank hypocrisy, Labor has resorted to vilification tactics over its wealth, suggesting it is out of touch with struggling families.

But Sir Keir Starmer himself is a multi-millionaire and Emily Thornberry (aka Lady Nugee) positively earns money.

Mr Sunak’s grandparents came to Britain with nothing. The exalted position he now holds is due to hard work and education.

For most people he is an inspiration. That the Labor Party makes fun of him only proves that they are the enemies of aspiration.

As they fight dark class warfare battles, the government must work to persuade voters that it has their best interests at heart.

After the tumult of the past few months, it is to be hoped that calm and common sense will prevail.

Don’t sponsor us with a BBC Lite, Aunt. Just do what you do best | Tomiwa Owolade

When your data tells you who you really are

Government ‘erased’ labor market, we will have a recession with inflation above 4%