According to the NYPD, overall index crime rose in New York last month by more than 36% compared to the same period last year. pic.twitter.com/XSH210BFGc

Crimes on public transport also saw a staggering 52.5% increase, as crimes on the subway, including a hammer attack, beatings and beatings, made headlines last month. . Some 78% of office workers in New York, who commute to work, said public transportation safety has decreased compared to pre-pandemic days, while 82% say the problem of the Homelessness has worsened on the public transit system, a Morning Consult poll has shown.

In 2019, disgraced former New York Governor Andrew Cuomo (D) signed into law a law allowing “suspects charged with second-degree manslaughter, criminally negligent homicide, child sex crimes and threats of terrorism to get out of jail without ever having to.” after bail,” Breitbart News reported.

“Coinciding with state law, New York City’s supervised release program, which allows thousands of suspects to be released after arrest without having to post bail or be monitored by social workers “, continued Breitbart News.

Gov. Kathy Hochul (D), who took office after Cuomo’s resignation, has proposed minor changes to the laws in the form of allowing judges to set bail based on a defendant’s criminal history and making bail eligible for repeat offenders and gun crimes. Yet far-left jailbreak organizations — including those linked to Mark Zuckerberg and Geroge Soros — are lobbying against his proposals to ensure the laws remain unchanged. 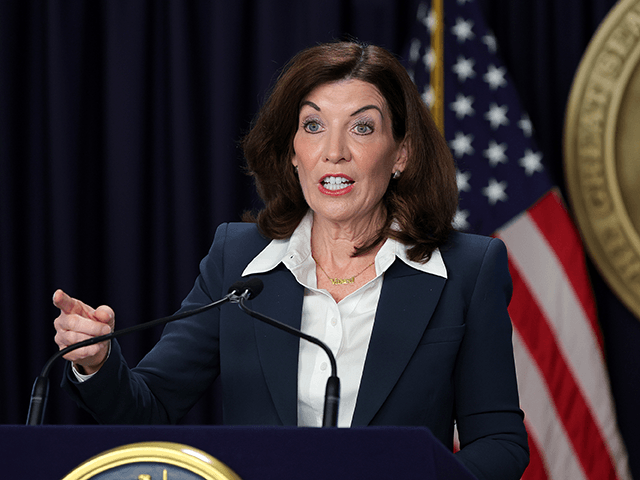 A number of jailbreak organizations — including the Soros-linked Center for American Progress, Center for Popular Democracy, United We Dream and MoveOn, as well as Zuckerberg-linked FWD.us — are pressuring New York lawmakers to that they oppose any changes to the bail reform law.

“We are deeply troubled by Governor Kathy Hochul’s recent proposals that would increase incarceration and racial disparity and undo years of work to end the criminalization of poverty and children,” the groups said in a letter. .

Mass incarceration was born out of hasty political posturing and the mistake that we can have justice or safety, but not both. Mass incarceration has caused generations of harm to the same black, brown, poor and immigrant communities hardest hit by crime without offering them more security. [Emphasis added]

That is why we call on Governor Hochul, Lieutenant Governor Benjamin and legislative leaders to protect the baildiscovery and the Raise the Age reforms. [Emphasis added]

Next Frontline in the Abortion Wars: State Supreme Courts