A Nebraska couple married for 60 years celebrated their anniversary with a spectacular marriage photo shoot in their original wedding outfits.

Marvin and Lucille Stone were a vision as they held hands, danced and posed together in an open Nebraska field as photographer Katy Autry snapped the sweet moment.

Marvin, 88, wore his black tuxedo with a matching bow tie, and 81-year-old Lucille wore a gorgeous lace gown that she sewed together by hand.

Both Marvin (left) and Lucille (right) wore their original wedding attire to the photo shoot, including the lace wedding gown Lucille sewed herself 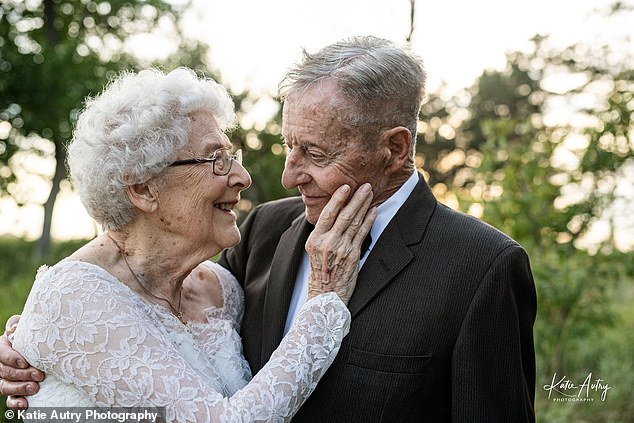 ‘The thing that took the longest was making 52 buttons that are on the sleeves and down the back,’ Lucille told KHGI-TV.

The couple first tied the knot in 1960 at a small Lutheran Church in Sterling, Nebraska. Marvin was nearly 29-years-old at the time, while Lucille was 22-years-old.

‘It was a typical wedding. We had a pastor who was in his first ceremony wedding… and he was a little shook but he did it and we were married,’ said Marvin.

‘My dad cried. He was the only one that cried,’ Lucille added. ‘My mother beamed and they both thought Marvin was just perfect, and that does help when your parents like the person that you’re marrying.’ 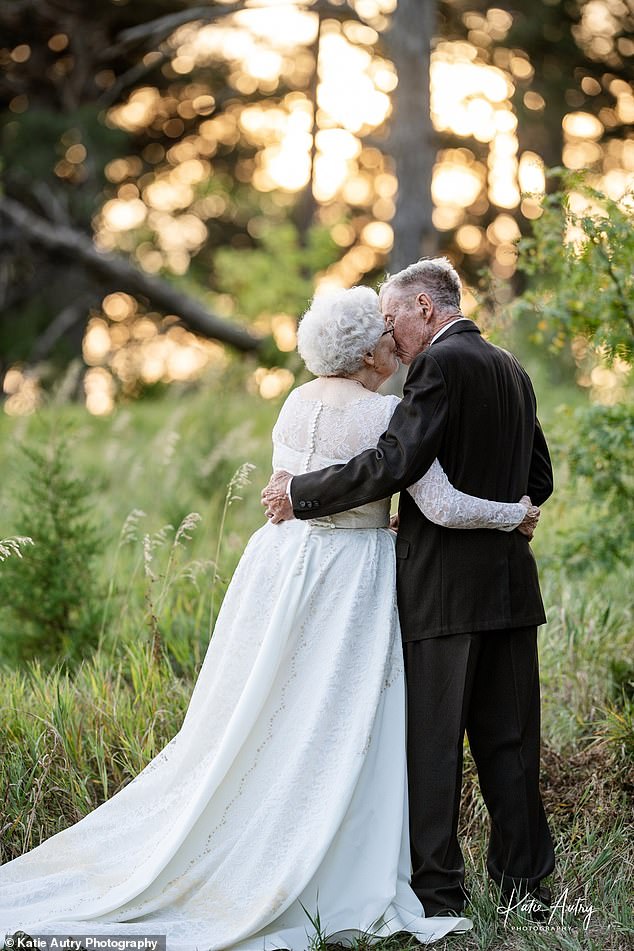 Lucille (left) and Marvin (right) said they both grew up during the Great Depression, which brought several similarities and shared values to their relationship 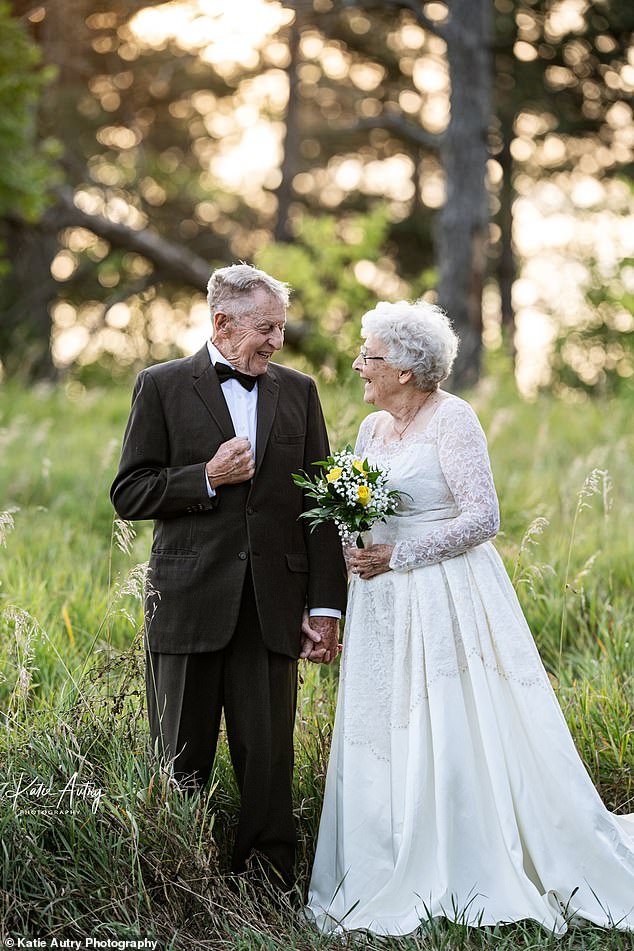 Marvin and Lucille Stone (pictured), were first married inside a small Lutheran church in the city of Sterling, Nebraska, in 1960 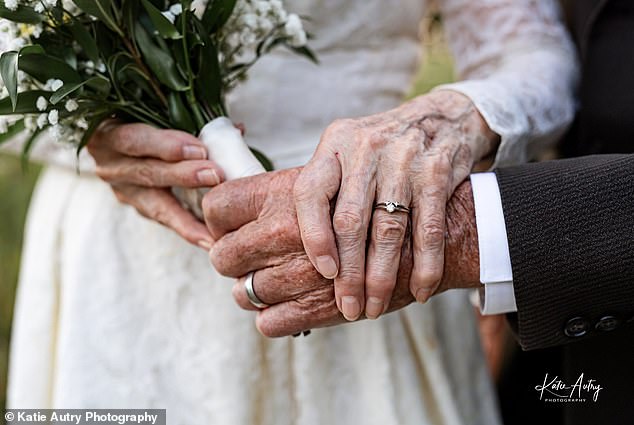 Lucille: ‘From day one we have assumed marriage is forever…We’ve had disagreements, but on the big things we’re pretty much on the same track’

It also helps that Marvin and Lucille grew up similarly as children of the Great Depression.

‘We’re both pretty conservative,’ said Lucille. ‘We were depression children. He was born at the beginning of the ’30s and I came along a few years later for my parents as kind of a surprise baby.’

According to Marvin, the pair was on the same page in nearly every aspect.

‘We both had farm backgrounds. We both were free enterprise people and we had similar goals in life and we were both in teaching,’ he said.

‘We had already been in teaching for a while and we were just kind of together in our concepts of what to do and what direction to go and so forth.’ 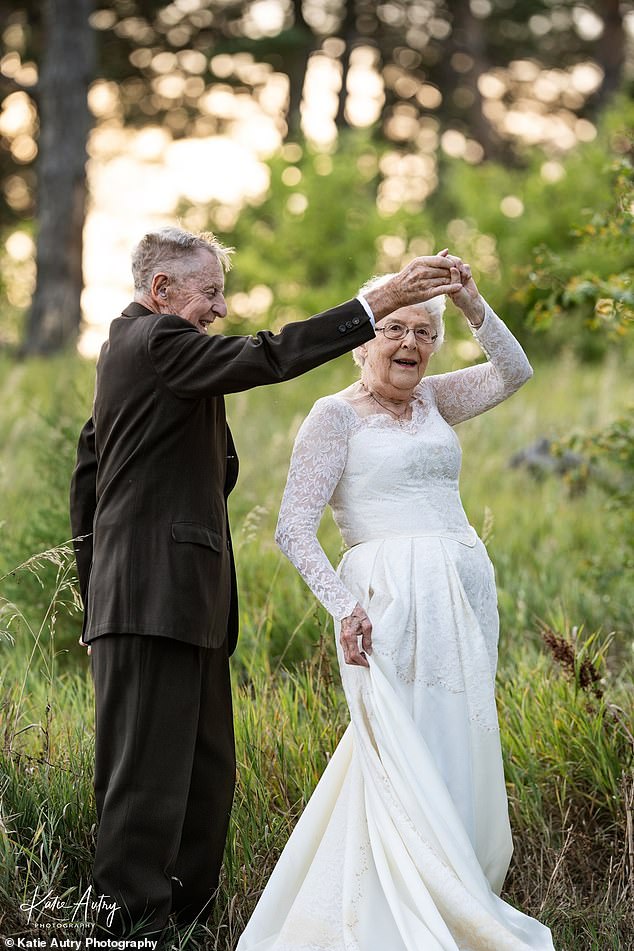 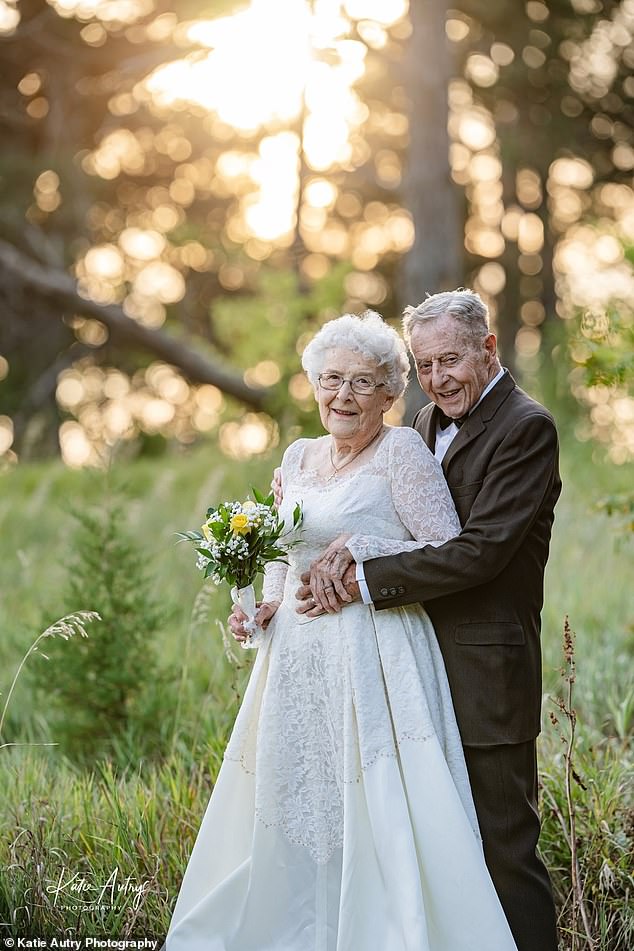 The photos of Lucille (center) and Marvin (right) were shared to Facebook, where they quickly gained attention and received scores of praise

Six decades later, the Stone family said their family values and love has stood the test of time.

‘We don’t always agree but we have the main focus that we’ve always had, so it just kind of moves along,’ Marvin told KHGI-TV.

‘We have had similar values and so it has worked out pretty well and, I don’t know, we never spent any time considering separating.’

Lucille explained that ‘from day one we have assumed marriage is forever.’

‘You do what you have to do and by no means have we been perfect in our marriage. We’ve had arguments. We’ve had disagreements, but on the big things we’re pretty much on the same track.’ 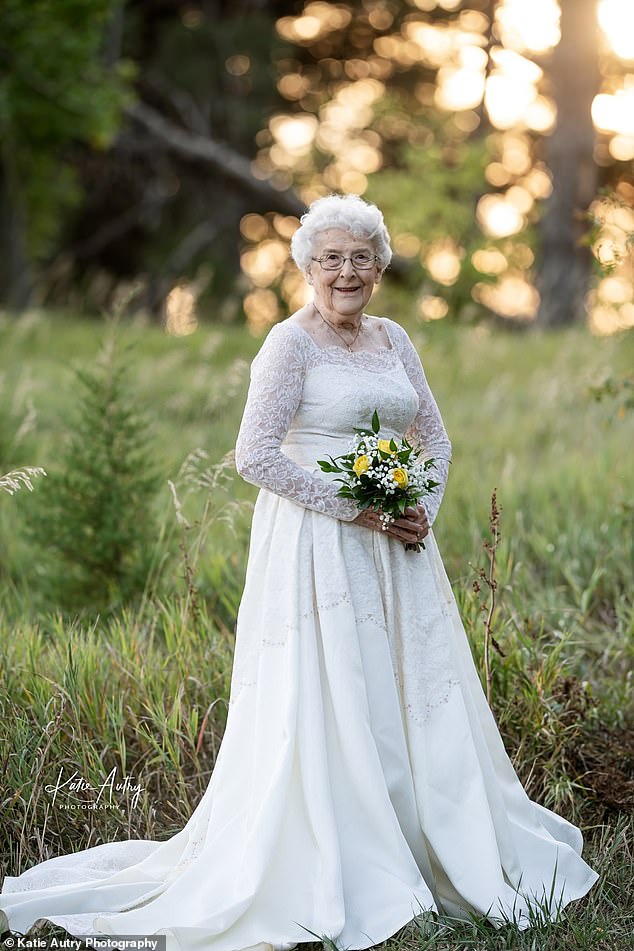 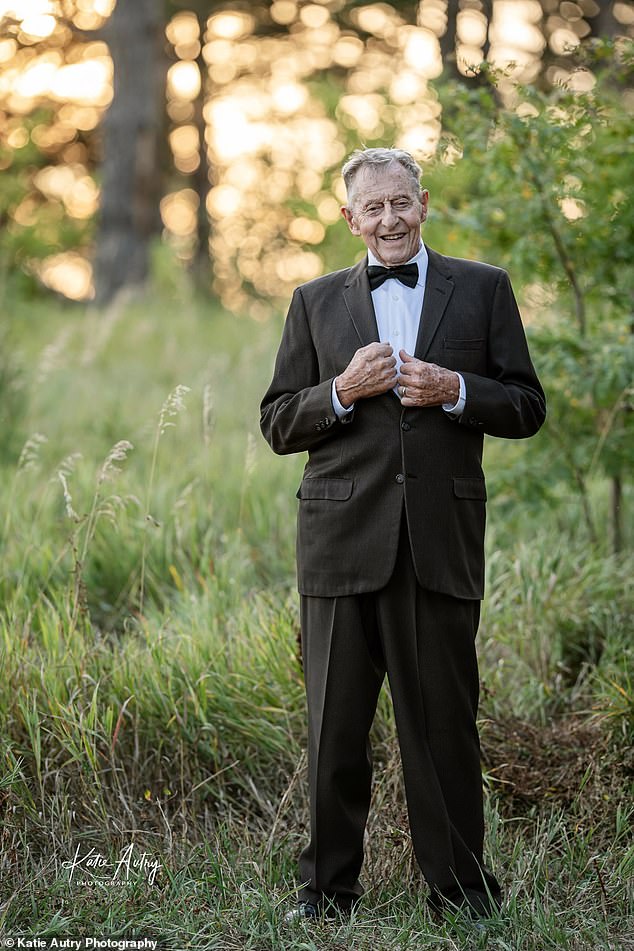 Marvin (pictured) and Lucille said the secret to a lasting marriage was letting go of worry, rolling with the punches and communicating.

Marvin and Lucille had three children during their marriage.

The set of anniversary photos were shared on Facebook, where they garnered more than 1,500 likes and nearly 1,000 shares.

Many users referred to the couple as ‘goals’ and congratulated them on the incredible milestone.

The secret to their marriage, the Stone family said, was letting go of worry, rolling with the punches and communicating.

‘Use the resources that you have and don’t expect to have everything that you might want’, Lucille said.

‘Focus on the needs along the way and keep the faith keep a positive attitude and do your best,’ she added.

Biden’s sister Valerie, at his side for 74 years and now for one final goal