Regulators have refused to release the Covid-19 death tolls at individual care homes with the public, it emerged today.

Care homes have been ravaged by the coronavirus, with tens of thousands of elderly Britons having died after catching the vicious illness.

But officials have never released detailed figures showing how badly some homes have been hit. Grieving families have branded the decision ‘ridiculous’, calling on ministers to release the data.

They expressed frustration that families choosing a home for their elderly relative in the future will be left in the dark over how prospective homes fared in the first wave of the pandemic.

The Care Quality Commission (CQC), the independent regulator of the social care sector in England, feared releasing the statistics would ‘prejudice the commercial interests of care providers’.

And the Care Inspectorate, which takes on the same role in Scotland, set up by the government, said doing so could cause confusion about the safety of homes. 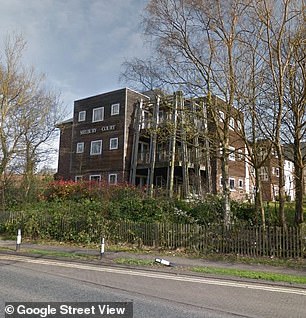 Although data on Covid-19 deaths at individual care homes is not available, some have been revealed sporadically

The Guardian submitted freedom of information requests to the regulator, asking it to reveal statistics for each home in England and Scotland.

Regulators refused to release the data, telling the newspaper they share the figures with the government to help respond to the pandemic.

This is despite the fact NHS England, which is in charge of the entire health service, releases daily figures breaking down deaths at each individual trust.

The CQC insisted ‘the number of Covid-19 deaths at a care home does not provide an assessment of quality or safety’.

It said: ‘Where we have concerns we’ll inspect and make our findings public. Where people are at risk we will take immediate action to protect them.’

Data ‘would not help’ judge how well homes have handled the pandemic, unless it came with the size and occupancy of the home, the CQC said.

WHAT WENT WRONG FOR CARE HOMES? A TIMELINE OF FAILINGS

Britain’s chief scientific adviser, Sir Patrick Vallance, revealed in April that he and other senior scientists warned politicians ‘very early on’ about the risk COVID-19 posed to care homes.

He said: ‘So very early on we looked at a number of topics, we looked at nosocomial infection very early on, that’s the spread in hospitals, and we flagged that as something that the NHS needed to think about.

‘We flagged the fact that we thought care homes would be an important area to look at, and we flagged things like vaccine development and so on. So we try to take a longer term view of things as well as dealing with the urgent and immediate areas.’

The SAGE committee  met for the first time on January 22, suggesting ‘very early on’ in its discussions was likely the end of January or the beginning of February.

In March and April at least 25,000 people were discharged from NHS hospitals into care homes without getting tested for coronavirus, a report by the National Audit Office found.

This move came at the peak of the outbreak and has been blamed for ‘seeding’ Covid-19 outbreaks in the homes which later became impossible to control.

NHS England issued an order to its hospitals to free up as many beds as they could, and later sent out joint guidance with the Department of Health saying that patients did not need to be tested beforehand.

Chair of the public accounts committee and a Labour MP in London, Meg Hillier, said: ‘Residents and staff were an afterthought yet again: out of sight and out of mind, with devastating consequences.’

An early key error in the handling of the crisis, social care consultant Melanie Henwood told the Mail on Sunday, was advice issued by Public Health England (PHE) on February 25 that it remained ‘very unlikely’ people in care homes would become infected as there was ‘currently no transmission of Covid-19 in the UK’.

Yet a fortnight earlier the UK Government’s Scientific Pandemic Influenza Modelling committee had concluded: ‘It is a realistic probability that there is already sustained transmission in the UK, or that it will become established in the coming weeks.’

On March 13, PHE advice for care homes changed ‘asking no one to visit who has suspected Covid-19 or is generally unwell’ – but visits were still allowed.

In March and April coronavirus swab tests – to see who currently has the disease – were rationed and not available to all care home residents suspected of having Covid-19.

Government policy dictated that a sample of residents would be tested if one showed symptoms, then an outbreak would be declared and anyone else with symptoms presumed to be infected without a test.

The Department of Health has been in control of who gets Covid-19 tests and when, based on UK testing capacity.

Care home bosses were furious in March and April – now known to have been the peak of the UK’s epidemic – that their staff didn’t have enough access to personal protective equipment such as gloves, masks and aprons.

Adass said it was facing ‘confusion’ and additional work as a result of mixed messaging put out by the Government.

It said the situation around PPE, which was by then mandatory for all healthcare workers, was ‘shambolic’ and that deliveries had been ‘paltry’ or ‘haphazard’.

A shortage of PPE has been a consistent issue from staff in care homes since the pandemic began, and the union Unison revealed at the beginning of May that it had already received 3,600 reports about inadequate access to PPE from workers in the sector.

The Department of Health refused to include people who had died outside of hospitals in its official daily death count until April 29, three weeks after deaths had peaked in the UK.

It started to include the ‘all settings’ measure from that date and added on 3,811 previously uncounted Covid-19 deaths on the first day.

But grieving relatives hit back, saying the data should be transparent because patients should always come before commercial interests.

Shirin Koohyar, whose father died of Covid-19 in a West London care home in April, said: ‘Commercial interest when people’s lives are at stake shouldn’t be a factor.’

And June Findlater, whose 98-year-old father died from coronavirus at a care home near Glasgow, echoed the concerns.

She told The Guardian newspaper: ‘There were care homes with no deaths and that’s not a coincidence. Regulators should absolutely be able to provide this information.’

The UK’s care system mainly relies on private operators, which charge families an average of £500 to £700 per week to look after elderly Britons.

Matt Hancock claimed in May that the government threw a ‘protective ring’ around care homes right from the start of the pandemic, in February.

But care bosses have accused ministers of forgetting about them in favour of the NHS, which inevitably cost the lives of thousands of Britain’s most vulnerable people.

Martin Green, chief executive of Care England, said that ‘unfortunately the focus on the NHS was to the detriment of the adult social care sector’.

There has been criticism of inadequate PPE supplies and a lack of rigorous testing, with tests rationed to just six per care home at the height of the pandemic.

And it was revealed that hospital patients were being discharged into care homes in order to free up beds without a Covid-19 test. It meant the virus was able to spread from hospitals into care homes until mid-April when rules changed.

Covid-19 kills an estimated 13.4 per cent of patients 80 and older. In comparison,  0.3 per cent of those in their 40s will die, according to Imperial College London research. And scientists say the risk of death to children is exceptionally low.

Some 13,417 care home residents in England have died of Covid-19 between March and June, and 645 in Wales. And records show 1,937 have occurred in Scotland’s care homes, and 351 in Northern Ireland.

Britain’s care sector has been hit worse than any other European country, the London School of Economics revealed in July.

Researchers found up to 5.3 per cent of Britons living in care homes had died since February, when the coronavirus outbreak began to spiral out of control.

Spain suffered the most, with 6.1 per cent of its care home population wiped out by the disease, but the data was less reliable.

Although data on Covid-19 deaths at individual care homes is not available, some have been revealed sporadically.

A ‘shocking’ 27 residents at Sandringham Care Home in Bishop Auckland, which has an occupancy of 92, died of the coronavirus, according to a leaked document seen by the BBC in July.

It came after Melbury Court, another Durham home with 87 beds, reported 26 deaths in June.

Richard Holden, MP for North West Durham, said at the time ‘something has gone badly wrong here in County Durham’, according to the BBC.

The home is operated by HC-One, the UK’s largest private provider, which recorded more than 1,000 deaths in total.

Seventeen people died at the 84-bed Sunnyview House care home in Leeds, run by Bupa, until May.

Some of the largest care home providers have supplied aggregate figures for confirmed and suspected Covid-19 fatalities across their homes.

Debbie Ivanova, deputy chief inspector for adult social care at the Care Quality Commission said; ‘Our thoughts are with everyone who has lost a loved one – and with the care workers who are working tirelessly to provide care and support during this challenging time.

‘Our regulatory role and core purpose to keep people safe is at the heart of all decisions we make. We regularly share our data with the Department of Health and Social Care, other national and local partners, and researchers. This includes data on notifications of deaths by providers in individual care homes that is used to monitor, plan and respond to the pandemic.

‘On its own the number of deaths at a care home does not provide an assessment of quality or safety. Our inspectors use all the data and information we receive to monitor services and where we have concerns we will inspect and make our findings public. Where people are at risk we will take immediate action to protect them.

‘We have recently written to all social care providers to remind them that they have a duty to share appropriate information with families regarding outbreaks and deaths, and to let them know that we will be keeping our current position not to disclose provider-level deaths data under review.’

A spokesperson for the Care Inspectorate said: ‘Care services across Scotland are working tirelessly under very challenging circumstances to care for people.

‘The Care Inspectorate is working closely with care providers, health and social care partnerships, care industry leaders and the Scottish Government to ensure services get the support they need during the pandemic.

‘Part of that work includes asking services to notify us of suspected and confirmed cases of COVID-19. The purpose of these notifications is to enable us and our partners to direct help and support where it is needed. We share the general data from these notifications with Scottish Government who are the primary publishers of data related to COVID-19 during the pandemic.

‘The Care Inspectorate must adhere to all aspects of freedom of information legislation on the publication of data. Where publication could substantially prejudice the commercial viability of care services and their ability to care for people we have a duty to take this into account.

‘We also have a duty to treat information given to us by care providers appropriately. To do otherwise could impact on our ability to carry out our work to ensure people experience care that meets their needs.

‘We understand this is a really worrying time for people who experience care, their loved ones and families and for those who work in care.

‘Our thoughts are with all those affected.’

Youth and Experience Will Face Off in the U.S. Open Women’s Draw