A security guard allegedly shot his boss in the face and killed him because his name was misspelled on a $165 paycheck, leaving him unable to cash it.

Lloyd Love Jr, 35, is charged with shooting Marvin Johnson, 52, in the face during a confrontation in Aurora, Colorado on October 20 after he was unable to cash the check.

He faces one count of first-degree murder – but failed to show up for his first hearing on Monday after refusing to leave his cell.

Johnson’s wife, Patricia, called Love “the devil” after the hearing had to be postponed, while his daughter, Kuonteisha, also shared a moving tribute describing her father as “everything to me”.

Love had only worked for the company three or four days before filming.

Lloyd Love Jr allegedly murdered his boss, Marvin Johnson, over a mistake on his $165 paycheck

But he couldn’t cash it because his name was Lloyd K. Love instead of Lloyd C. Love, according to the document obtained by KDVR.

Love called Patricia Johnson, co-owner of the security company with her husband, to immediately demand a new paycheck.

But she said that wouldn’t be possible until the initial check was accounted for.

Love, who claimed to have torn up the first check, drove to the parking lot of a Raytheon facility where Patricia worked as an outside security guard.

Marvin Johnson arrived to try to resolve the situation and even told his wife to write a new paycheck.

But as he spoke to Patricia, Love shot Johnson in the face, witnesses said. 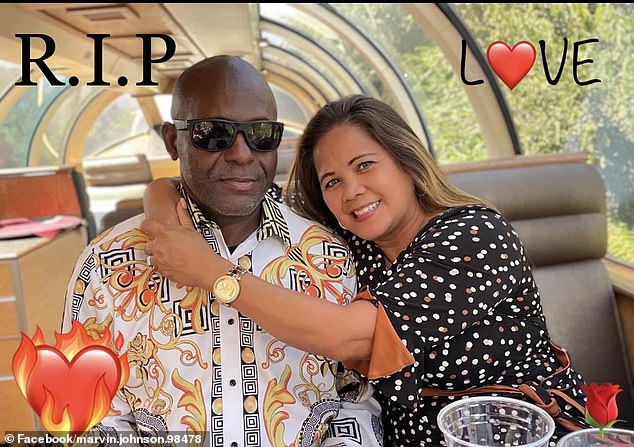 Johnson with his wife, Patricia. The couple co-owned the security company that Love employed

Five .380 casings were recovered from the scene by police.

Love then ran off and called his girlfriend, asking her to pick him up. After getting in the car, he allegedly said to her, “I just did something stupid…the less you know, the better.”

He was arrested minutes later when a SWAT unit stopped the couple and arrested him.

Love later told police he had too much going on in his life and too much pressure. He said he was in charge of the voices. Lloyd said he was “fed up”.

He had only worked for the Johnsons’ security company for three or four days.

He said his job was to guard a Forever 21 store in a local mall, but he was not allowed to carry weapons because he is a convicted felon. 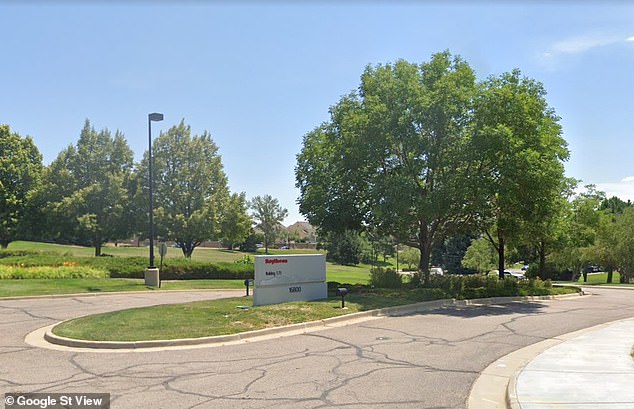 The shooting reportedly took place in the parking lot of a Raytheon facility in Aurora, Colorado, where Johnson’s wife worked.

Love’s girlfriend told police he had previously said he had been “diagnosed as bipolar and schizophrenic, although she never saw Lloyd take medication for these mental disorders…because he don’t like how they make him feel”.

She told a detective he was upset the day of the murder and may have suffered from a schizophrenic episode as he “heard voices, believed people were in his head, knew what ‘he was doing and controlling it’.

After his arrest, Love allegedly told a detective “his girlfriend was having sex with Marvin, but he later clarified that it was voices in his head telling him.”

He also said he felt bad and “should have killed himself”.

In a tribute to her father, Johnson’s daughter Kuonteisha, 32, said: ‘You wanted the best for me because all you did was talk to me about my career in life and I was your princess no matter what.

‘At 32 I was still a baby in your eyes, I had to remind you that I had grown up. I’m going to miss your everyday phone call and texts saying hi baby girl.

Johnson’s daughter Kuonteisha said her father was “everything to me” in a moving tribute.

Johnson’s wife Patricia slammed Love for not appearing in court and said he was the ‘devil’. 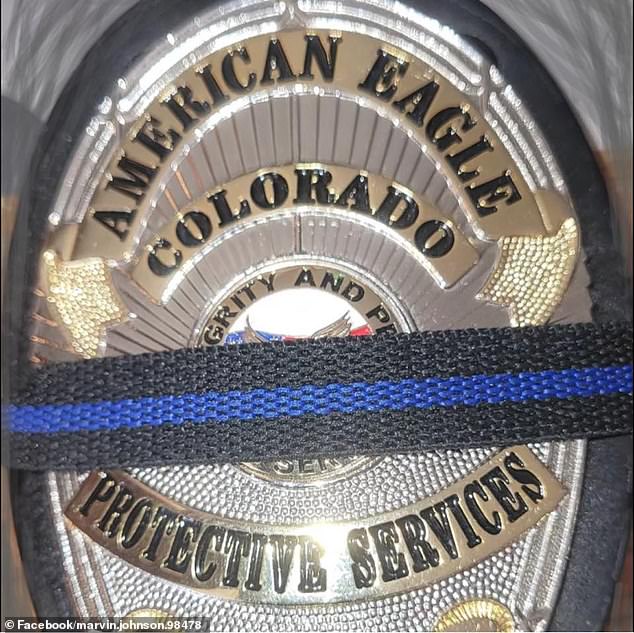 Johnson’s wife, Patricia, blasted Love for not appearing in court.

In a message online, she said that “Love’s Judgment Day is coming…make yourself comfortable in this jail cell…because that’s where you belong for the rest of your LIFE”.

She shared a photo of Love and added, “You took my life partner and my best friend for a $165 paycheck. May God have mercy on your soul.’

Love was reportedly released on personal bail in July for assault after allegedly hitting his sister with rocks. He is due to be arraigned on that charge on Friday.

His opinion on the murder charge was postponed until Thursday.

For young job seekers, stability is a top priority