Clive Palmer has announced a populist policy to cap mortgage interest rates at 3% for the next five years.

The UAP leader claimed the policy would prevent six million Australians from losing their homes if interest rates soar and their mortgage payments become unaffordable.

“We must protect all Australians, their property and their way of life,” he said.

The policy would almost certainly increase the rate of inflation and massively reduce the availability of credit.

It has been tried in African and South American countries with dire consequences.

For example, Kenya capped rates at 4% in 2016, but removed the cap in 2019 because lending dried up and hurt economic growth.

Mr Palmer admitted inflation would rise, but said: ‘There are other things we can do about inflation.’

Another way to fight inflation is to raise taxes, but Mr. Palmer did not say whether he would.

The mining magnate, worth an estimated $13billion, is spending millions to advertise his United Australia Party ahead of the May election.

His posters and billboards with the slogan “freedom, freedom, freedom” became staples for months and his advertisements took over television screens and newspapers. 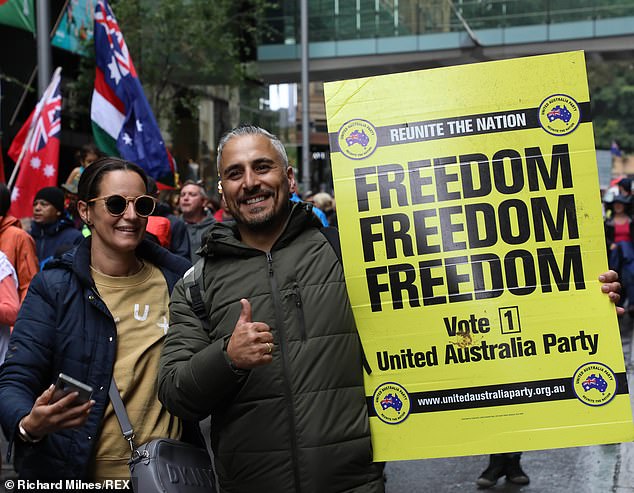 Mr Palmer is fielding candidates in all 151 constituencies, including vaccine skeptic Hughes MP Craig Kelly, who defected from the Liberals, as well as in the Senate.

The unvaccinated billionaire, who was “one day away” from dying with Covid, hopes to capitalize on pro-choice and anti-lockdown sentiment to improve his 2019 primary vote by 3.43%.

Palmer said he would not include Labor and the Liberals in his “voting cards” for the Senate and would order his House preferences based on “who is best for our policies”.

That means he could potentially help Scott Morrison get re-elected if he feels the Liberals are closer to his vision.

Here, Daily Mail Australia takes a look at the 10 policies it has announced so far.

Even though the Covid-19 lockdowns are over, Mr Palmer is campaigning against them, arguing they “cause incalculable damage to physical and mental health”.

He is also railing against state border closures – claiming they breach Section 92 of the Australian Constitution – but there is little he can do to stop them after losing a High Court challenge against Western Australia’s hard border in 2020. 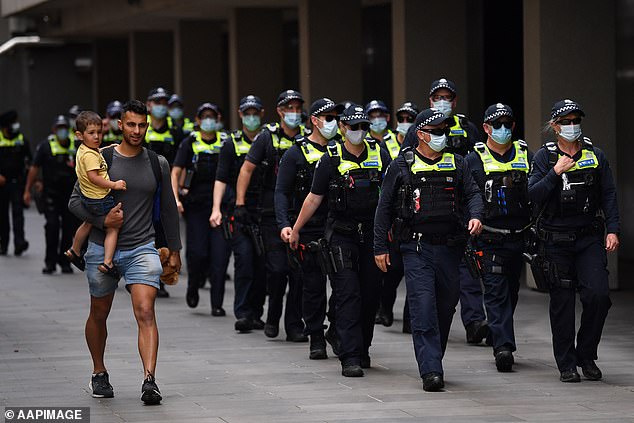 “The policy of UAP is to open the economy, open the borders and encourage, build confidence and inspire businesses, especially small businesses, to thrive,” the website reads. the UAP.

No national passport for vaccines

Mr Palmer is campaigning for an end to ‘vaccination passports’ which state premiers have imposed to keep unvaccinated people out of crowded places such as pubs.

Vaccination reduces the transmission of Covid-19, but Mr Palmer points out that vaccinated people can still become infected and spread the virus. 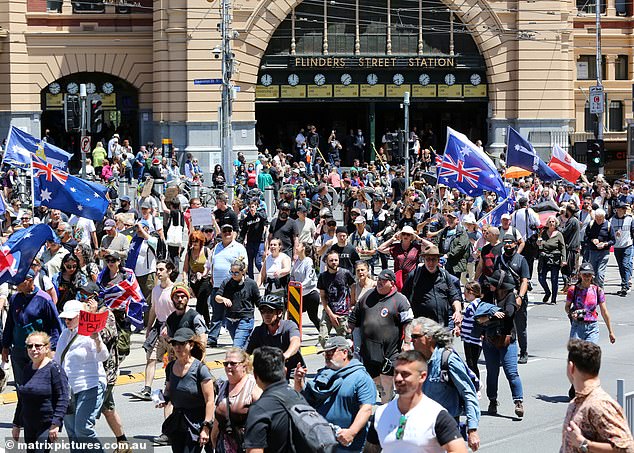 The unvaccinated billionaire hopes to capitalize on pro-choice and anti-lockdown sentiment. Pictured: A freedom protest in Melbourne in November

He says passports “divide all Australians, cause social problems and have the potential to worsen an already growing mental health epidemic”.

Mr Palmer said that when states introduce vaccine passports, his party “will challenge their validity in the High Court on behalf of the Australian people”.

Palmer is also fighting to remove vaccination mandates on the grounds that “medical treatments should not be mandated from above by government health chiefs who have not seen or screened patients.”

It also promotes antiviral treatments for Covid that are not recommended by government health experts.

The UAP wants to dismantle the national cabinet, which Scott Morrison set up in March 2020 to deal with the Covid.

The forum, successor to the COAG, comprises the Prime Minister and the Heads of State and Territory.

The meeting allows the leaders to discuss their policy approaches, but common ground has sometimes been hard to find and Mr Palmer wants to get rid of it.

The UAP wants to end the ban on nuclear energy in Australia, which has a third of the world’s uranium deposits.

The metal is the most common fuel for nuclear power plants, but Australia only exports it instead of using it at home. 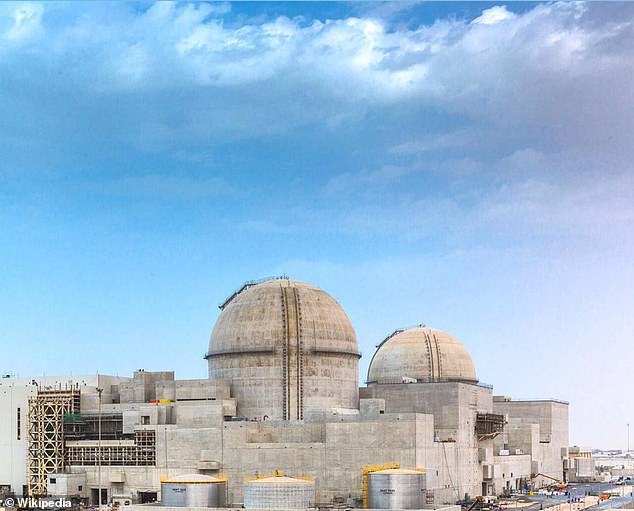 Clive Palmer wants to end the ban on nuclear energy in Australia, which has a third of the world’s uranium deposits. Pictured: A nuclear reactor in the United Arab Emirates

Mr Palmer believes that nuclear power generation, which does not produce carbon dioxide, would provide Australian businesses with “cheap electricity to enable them to compete internationally”.

The Liberal Party is open to the idea, but only if Labor also supports nuclear, which it does not.

The government plans to build up to eight nuclear-powered submarines before 2040 as part of the country’s AUKUS alliance with the UK and the US.

But Mr. Palmer says it’s too late and wants to buy them immediately from the United States.

“Australia must ensure its national submarine fleet is competitive with the nuclear submarines of our northern neighbours,” the party’s website says.

All three removed content that amounts to “disinformation”, even if it is not illegal. 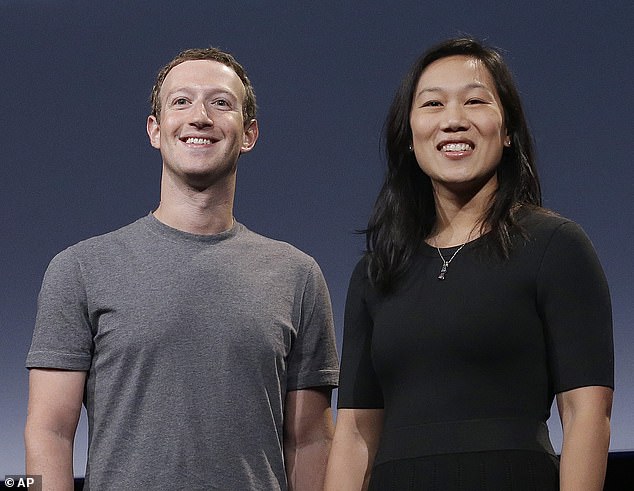 The policy is similar to the proposal of incumbent Liber-National MP George Christensen.

He introduced a private member’s bill in parliament earlier this year to ban social media giants from deleting profiles or deleting posts or videos that don’t break the law.

Tax advantages for the regions

The UAP is proposing sweeping tax reform which it says would encourage Australians to live in regional areas.

Mr Palmer wants to give a 20% tax break to anyone living more than 200km from a capital.

He thinks the move could help avoid a “future of high congestion, severe housing affordability issues and mounting cost of living pressures”. 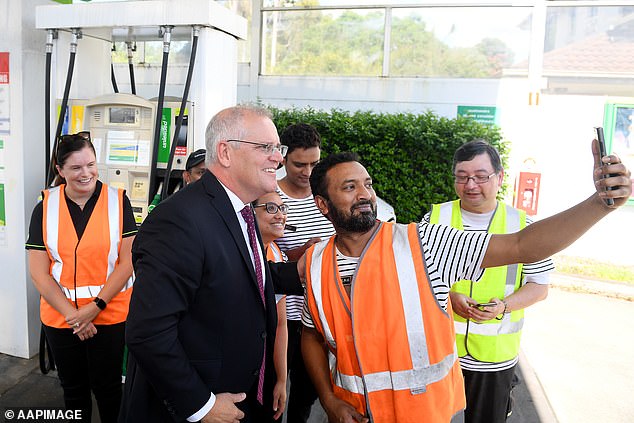 One of Mr Palmer’s policies is to “protect Australian values”, but there are few details about what that actually means.

Its website says: “We believe in the most fundamental freedoms of parliamentary democracy – freedom of speech, freedom of religion, freedom of fear and freedom of association”.

He wants to process more minerals onshore rather than sending them overseas.

The processing stage involves separating the valuable minerals from the rocks that surround them.

Mr Palmer would set up processing facilities in South Australia and Victoria, which are less resource-rich, to spread mineral wealth across the country. 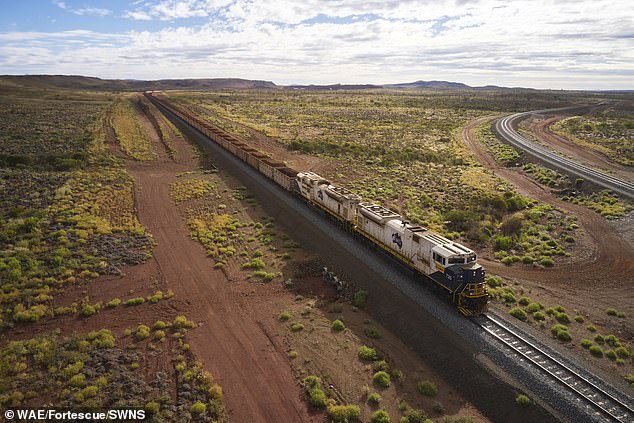 4th of July crowds across the US mistake fireworks for gunshots

North Texas has hottest 4th of July in 11 years