Children without COVID-19 symptoms may spread the virus for up to THREE weeks, study finds

Children without COVID-19 symptoms may spread the virus for up to THREE weeks, study finds

Children with no symptoms of the novel coronavirus may silently be spreading the infection for weeks, a new study suggests.

Researchers found that pediatric patients who never developed signs such as cough or shortness of breath had the virus in their respiratory symptoms for an average of 14 days.

That’s only three days longer than the average time children with symptoms had the pathogen in their noses and throats.

What’s more, one-fifth of asymptomatic children were still shedding the virus at the three-week mark.

The team, from Seoul National University College of Medicine, in South Korea, says the findings show the importance of contact tracing to quickly isolate children before they cause outbreaks in their communities.

In a new study from South Korea, 22% of pediatric coronavirus cases were asymptomatic while the remaining 78% either had symptoms when they were tested or developed them after diagnosis. Pictured: How long patients with symptoms prior to diagnosis exhibited signs

For the study, published in JAMA Pediatrics, the team looked at 91 children with coronavirus at 22 hospitals throughout South Korea.

They were identified for testing either through contact tracing or developing symptoms such as cough and fever.

A little more than one-fifth of the children – 22 percent – were asymptomatic.

Of the remaining pediatric patients, 58 were symptomatic when they were tested and 20 percent had no symptoms initially, but developed them later.

Symptoms greatly varied and ranged from cough and nasal discharge to abdominal pain and diarrhea to loss of taste and smell.

Researchers determined that the most common source of infection was contact with family members in their household – with 63 percent falling ill this way. 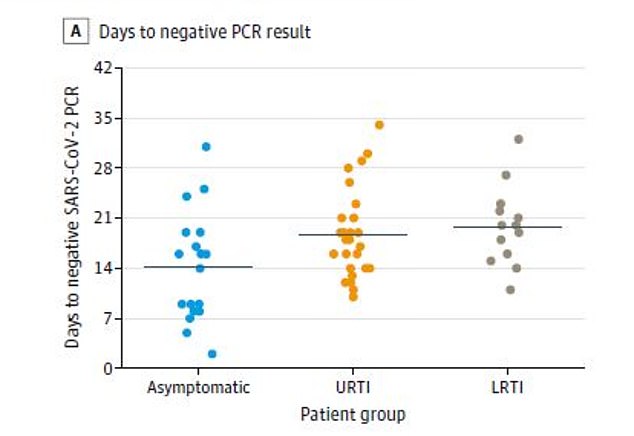 The children were monitored for 21 days and tested every few days to determine if the virus could be detected.

The average for the entire group was about two-and-a-half weeks, with slight difference between children without and without symptoms.

However, there was least 20 percent of the asymptomatic patients and about half of the symptomatic children- were still shedding virus at the three-week mark.

The team says this is worrisome because it means many children with coronavirus cases could be missed and lead to rapid spread in their communities. 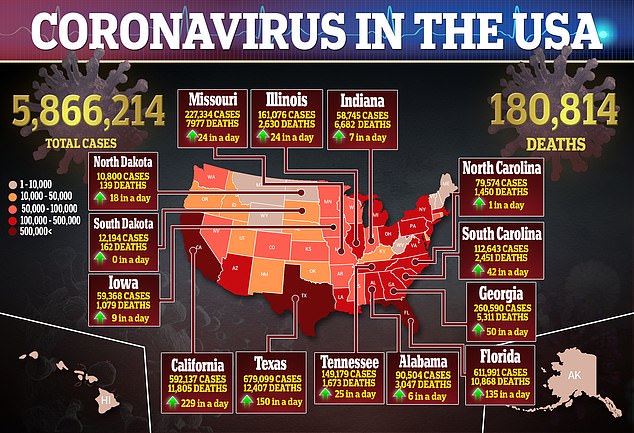 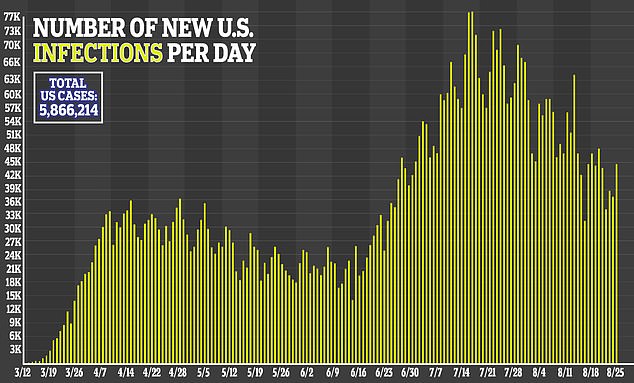 ‘The potential role of children in transmitting disease in the community needs to be further elucidated, and strategies to contain COVID-19 should reflect its effects,’ the authors wrote.

In a linked editorial, Dr Roberta DeBiasi and Meghan Delaney of Children’s National Hospital, say the study provides insight on the role children may play in spreading COVID-19.

However, they said just because children are shedding the virus doesn’t mean it’s enough to infect someone else, and that the virus is shed via other methods.

‘Additional questions remain regarding viral load and its relationship to severity of disease and duration of shedding in children,’ they wrote.

‘Does higher peak viral load correlate with disease severity and/or longer periods of shedding? Do other sources of viral shedding, such as stool or saliva, contribute significantly to transmission?’ 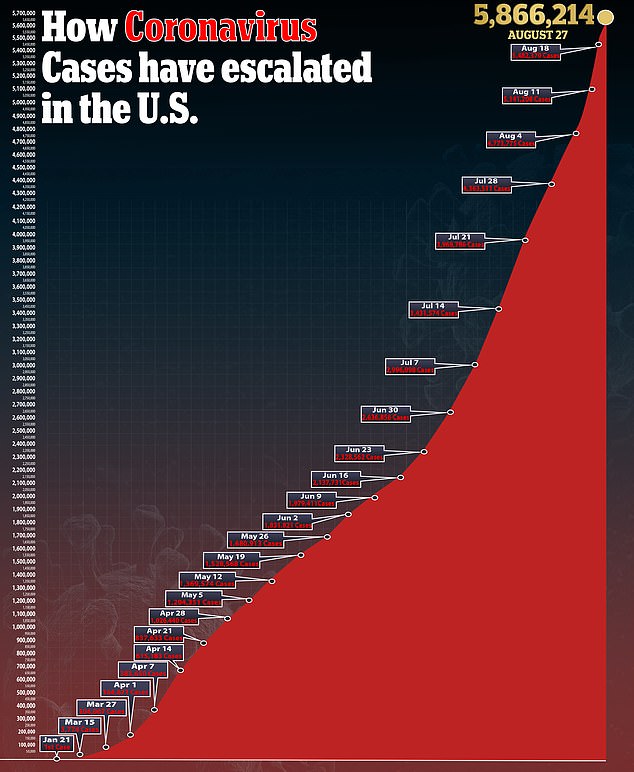