Leclerc saved his best for last, clocking a flying lap of 01:17.868, almost three tenths of a second faster than Dutchman Verstappen. It was the Monegasque’s 11th career pole and his second of the season. “This weekend we really worked… It was a bit messy for the three training sessions,” he said.

“Q3 (third qualifying phase) I managed to put everything in place so it’s great and I’m very happy to be in pole position tomorrow. “The car is fun to drive. … We were once again quite surprised by our pace in qualifying.”

Ferrari driver Charles Leclerc waves to the crowd after taking pole during qualifying for the Australian Formula One Grand Prix in Melbourne, Australia on Saturday. (Picture: AP)

Verstappen finished ahead of teammate Sergio Perez in third, with McLaren’s Lando Norris to start fourth on the grid. Verstappen said he had a “terrible” weekend, struggling with handling issues.

“Not good, I haven’t felt really good in the car all weekend so far… Of course, second is always a good result.

Lewis Hamilton, whose streak of six straight poles at Albert Park was snapped, will start fifth ahead of teammate George Russell in sixth. Daniel Ricciardo will start seventh after an encouraging session for McLaren.

Double world champion Fernando Alonso crashed early in the final stages of qualifying, sending his Alpine car crashing into the wall at Turn 11.

“I lost the hydraulics and I couldn’t change gear,” he lamented on team radio before his car was taken off the track by a crane. 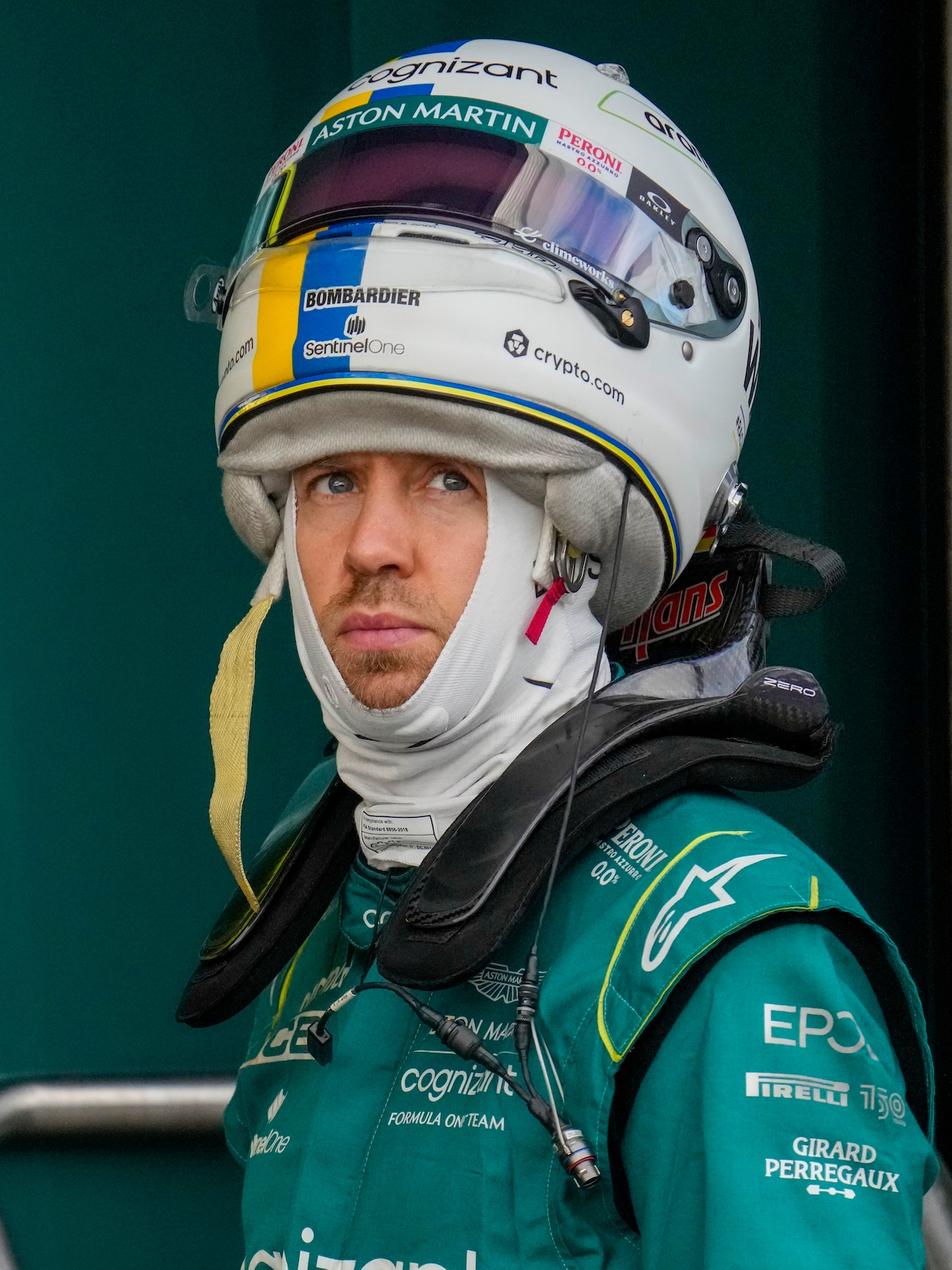 German Aston Martin driver Sebastian Vettel stands outside his team garage in the pit lane during qualifying for the Australian Formula One Grand Prix in Melbourne, Australia on Saturday. (Picture: AP)

After both Aston Martin cars crashed in final practice earlier on Saturday, the team’s struggles continued as Lance Stroll collided with Williams’ Nicholas Latifi at turn five of the first qualifying round, putting the two Canadians out of action.

Latifi, who has now crashed on three of the past four race weekends, tried to pass Stroll after letting him pass but ended up crashing into him as Stroll veered to the right.

Stroll raged into a swear-filled rant over the team radio, but Latifi blamed him for the accident. “He transformed into me once I was by his side,” he told Sky.

Both were summoned to a hearing with the race marshals.

The German will start 17th on the grid, eliminated from the first phase of qualifying along with teammate Stroll, Alex Albon and Latifi of Williams, and Kevin Magnussen of Haas.

Buyers are worried. The stores are listening.