Bus stormed in Lorient: “To undergo a situation of this type is traumatic”, according to the director of the CTRL – Lorient
| Business Top stories | Google News 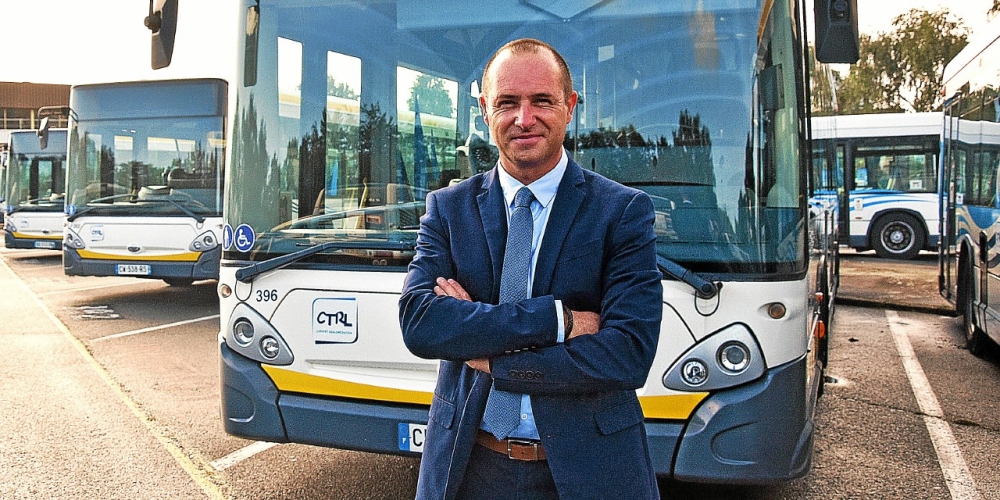 How do you analyze what happened on Friday evening?

We undergo an event by ricochets. The incident took place at 11:40 p.m. on line T3. The bus was not targeted by the young people, nor the driver. She was there at the wrong time. Fortunately, she was not injured. I don’t know what this gang was doing in the street at this hour and why these young people were all running after each other, but psychologically, it’s impacting for the employees.

Was the driver supported?

She is an employee of Transdev CTM, a subcontractor of the CTRL network. It’s not our staff directly, but it’s someone who works for the network. So we are very concerned about his health. She is supported by her employer. For our part, we immediately reinforced the security teams.

The driver must have access to psychological support because she will certainly need to express what she felt. It’s completely natural

Concretely, what did you change?

As of Sunday, we put in place a reinforcement on the private security team. These are agents who accompany the drivers. They follow by car and can act quickly if there is a problem. This has a very reassuring effect. And since Monday, we have reoriented our teams on the evening to show the staff that we are attentive to this.

Yes I understand. It’s something we can’t control: this feeling of insecurity that can be present. She will have support from occupational medicine and her employer. In any case, this is what we recommend in these cases. She must have access to psychological support because she will certainly need to express what she felt. It’s completely natural.

Is the T3 line a problem?

Not at all. The line is not critical, neither are evening lines. This type of incident is quite rare in Lorient. And fortunately. In other cities in France, it happens every week. That’s not the case here. I have been running the company for a year and a half, this is the first important event, apart from the incident at Locmiquélic in December. But we pay a lot of attention when it happens to reassure the staff. And then, they are regularly trained in conflict management and the attitudes to adopt in the event of incidents of this type. How to react to an aggressive, alcoholic or disoriented person? There are good reflexes to have. And we also have internal processes to alert the company and ask for help. It is learned and it is practiced.

You announced the arrival of video surveillance in buses, where are we?

Next July, we will receive ten new vehicles. They will not only be equipped with video surveillance, with the possibility of retrieving images at the request of the police forces. But we will also have an anti-aggression wall. It is an unbreakable glass which really allows to put the personnel in safety. We are moving forward on this subject because, even if it is rare, we must guard against these social facts. We have a growing number of incivilities.

Humanly, how the director that you are dealing with this situation?

I am thinking of the staff who are on the front line: we have 200 driving staff, one third of whom are women, and 150 drivers through subcontracting. Going through a situation like this is traumatic. My focus is mainly on the staff because that’s the most important thing. What happened are facts of society: we can only regret that people behave so badly. But what can we do?

Bus stormed in Lorient: “To undergo a situation of this type is traumatic”, according to the director of the CTRL – Lorient
| Business News Today Local news