By Adry Torres For Dailymail.com

At least 13 passengers, including three children, have died and 27 others were injuried when the bus they were traveling in crashed in Mexico on Tuesday.

Authorities said the bus departed from the state of Guerrero and was traveling to the Jalisco resort city of Puerto Vallarta when it overturned in Ocoyoacac, a municipality in State of Mexico.

Several Mexican news outlets reported that officials said the accident could have been caused by the vehicle traveling at a high speed and due to the wet conditions on the State of Mexico-Mexico City highway.

At least 13 people, including three children have been reported dead and 23 were injured after a bus crash in Ocoyoacac, Mexico, on Tuesday. The bus was transporting 40 passengers from Guerrero to the Jalisco resort city of Puerto Vallarta when it overturned 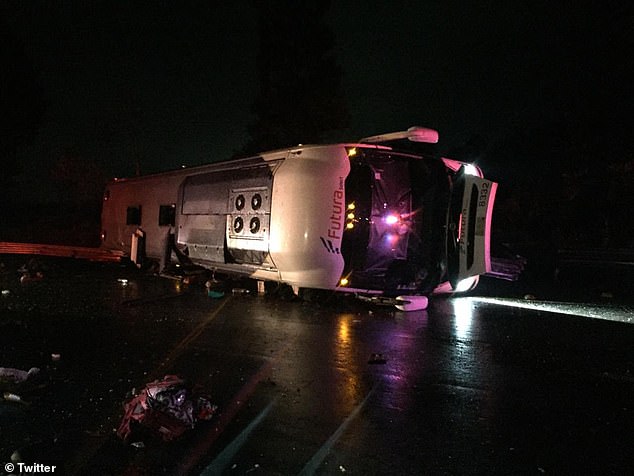 The coach was carrying 40 passengers when it crashed and landed on its side.

Images of the tragic scene showed bodies of passengers lying under the bus wreckage on the 23-mile marker of the State of Mexico-Mexico City highway.

The injured were transported to eight hospitals in State of Mexico and Mexico City.

One of the two lanes on the road remained closed while authorities worked to removed from the crash site in the middle of rush hour traffic. 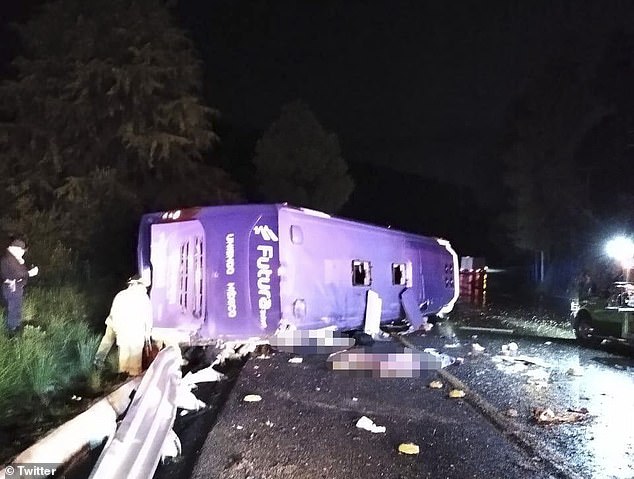 Pictured above are two bodies that were ejected from the bus after it crashed in Ocoyoacac, Mexico, on Tuesday