What the hell does it take to get locked up for a sexual assault in New York? 36-year-old man admits to sexually assaulting sleeping 25-year-old woman on airliner – and calls it ‘misjudgment’ – but soft justice judge REFUSES to jail him

A Brooklyn man who admitted to sexually assaulting a sleeping 25-year-old woman on a transatlantic flight will receive no jail time, a federal judge saying being registered as a sex offender ‘would impact his ability to find a job and to travel.

Daniel Katz, 36, will receive just one year of probation for his actions after being found guilty by a federal jury in June 2021 of two counts charging him with abusive sexual touching and assault.

The U.S. Attorney’s Office said Katz assaulted a “vulnerable young woman sleeping in a dark airplane cabin” by putting his hands in her pants and touching her while she was unconscious.

Katz will be placed under house arrest for three months, must perform 75 hours of community service and be placed on the sex offender registry, in addition to a year of probation.

“It will impact his ability to find employment and travel. [The] sex offender registry would cause enormous collateral damage.

He said at the time that jail time had “no useful function other than to further punish defendants after they have served their court-imposed sentences”.

The incident happened on Etihad Airways Flight 103 on February 24, 2018 from Abu Dhabi to JFK Airport in New York.

Katz made a creeping statement ahead of his sentencing on Friday, according to Yahoo News. 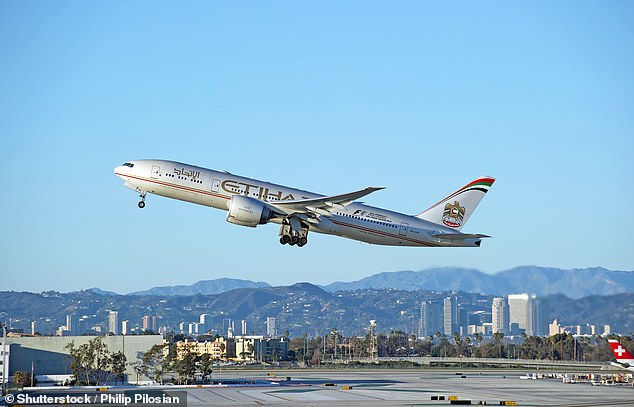 He called the sexual abuse of an unconscious woman a ‘misjudgment’ and added: ‘I would give anything to go back in time. Going forward, I will always seek verbal consent.

His victim said she was still living with the trauma four years later in a statement before Katz’s sentencing.

She said: ‘It’s traumatic – stuck in a flight for what felt like days with my attacker. I can’t count the number of panic attacks or blackouts I’ve had because of it. It always makes me feel so small.

The pre-written statement – which the victim called reading aloud “the hardest thing I’ve ever done” – continues: “It’s shocking in 2022, no matter how badly women have fought for rights, that it has to be argued in court whether it’s right or wrong. I speak to the system that has the power to change things, so that another young woman does not hide her abuse.

Katz does not appear to have been placed on the sex offender registry as of this writing.

Judge Frederic Block, 88, has served on the United States District Court for the Eastern District of New York since 1994, when he was appointed by then-President Bill Clinton.

A native of New York, Block took a senior position with the court on September 1, 2005.

In the past, Block has sentenced Gambino family member Peter Gotti to more than nine years in prison for money laundering and racketeering.

The Katz case is not the first time Block appears to have spared a convicted felon jail time.

In 2016, it circumvented the tentative sentence of 33 to 41 months in prison for a woman who was convicted of importing and possessing cocaine with intent to distribute.

Chevelle Nesbeth was arrested at JFK airport in 2015 after a search of her luggage revealed 600 grams of cocaine.

Block only gave Nesbeth a year’s probation, saying the prison sentence had “no useful function other than to further punish defendants after they have served their court-ordered sentences.”

He added that jail time can be “particularly disruptive to an ex-convict’s efforts to rehabilitate and reintegrate into society,” according to The New York Times.

The United States has a long history of environmental protests. The police had never killed an activist – until now.