In dramatic moment, a 30-year-old man is arrested at an airport after allegedly impersonating a 14-year-old boy to groom girls for sex

A 30-year-old man has been arrested on his way home from overseas for allegedly grooming children online while posing as a 14-year-old boy.

He was arrested at Brisbane Airport on Thursday after being stopped by Australian Border Force officers.

Police allege the man posed as a teenager to trick young girls into sending him sexually explicit material and also attempted to meet at least one child for sex. 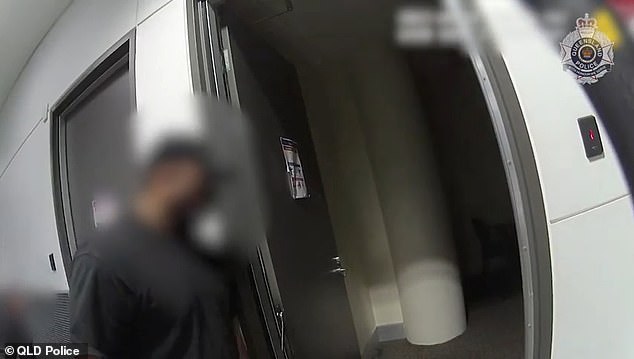 He was charged with possession of child exploitation material and enticing a child under 16 to engage in a sexual act.

He was taken into custody to appear in Brisbane Magistrates’ Court on Friday.

Detective Inspector Glen Donaldson of Argos said that despite all that children have been taught about online safety, they still actively engage in dangerous practices such as sending intimate images of themselves themselves and chatting with strangers online.

“A study by the Commonwealth eSafety Commissioner identified that one in four children have been approached by a stranger online. This is extremely concerning and underscores the need for parents to be aware of their child’s online footprint and to talk with their child about online safety,’ Detective Donaldson said.

“Supervision is key to prevention, as is ongoing communication with children about how to stay safe online and the dangers of having online ‘friends’ they have never met in person. “

Detective Donaldson encouraged parents to continue educating their children and having conversations about online safety and what to do if they feel unsafe.

Future aid to Ukraine may hinge on congressional scrutiny in 2023