Democrat John Fetterman and Republican Dr Mehmet Oz pledged support for their party’s aging favorites for the presidential nomination during their debate on Tuesday night.

Fetterman – who often struggled to get through his hour-long debate while recovering from a stroke in May – said he’ll stand with President Joe Biden in 2024… if he wants to run .

The Lieutenant Governor of Pennsylvania said: “It’s up to him, if he runs and if he chooses to run, I would absolutely support him.” But in the end, it’s just his choice.

Biden has campaigned with Fetterman on occasion in the hotly contested race that could decide control of the US Senate.

Oz, the former TV doctor, asked the question against the backdrop of Trump endorsing him in the primary but apparently not committing to endorsing the former president in 2024. 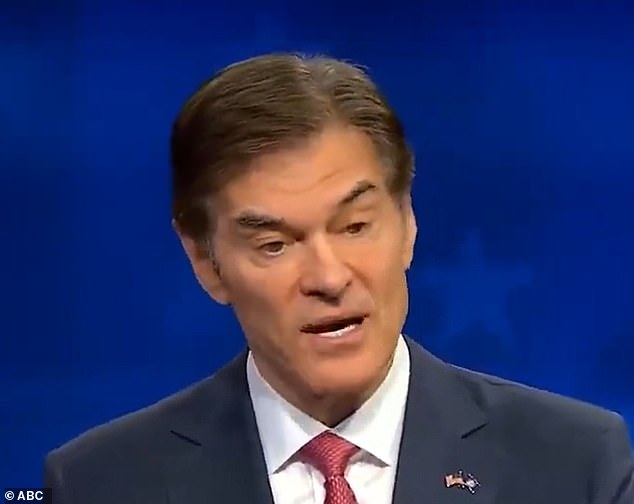 Oz, the former TV doctor, asked the question against the backdrop of Trump endorsing him in the primary but apparently not committing to endorsing the former president in 2024. 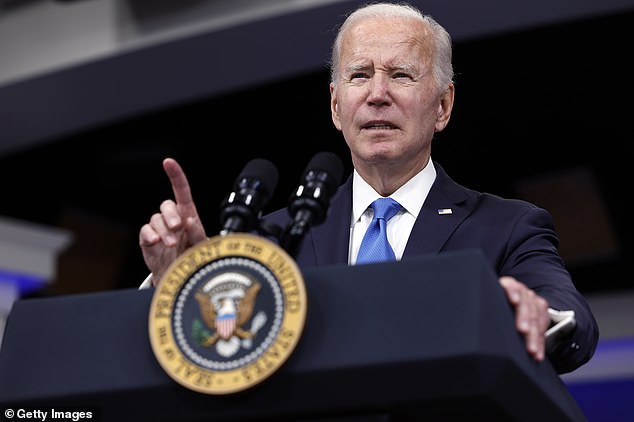 The Lieutenant Governor of Pennsylvania said of Biden, “It’s up to him, if he runs and if he chooses to run, I would absolutely support him.” But in the end, it’s only his choice’ 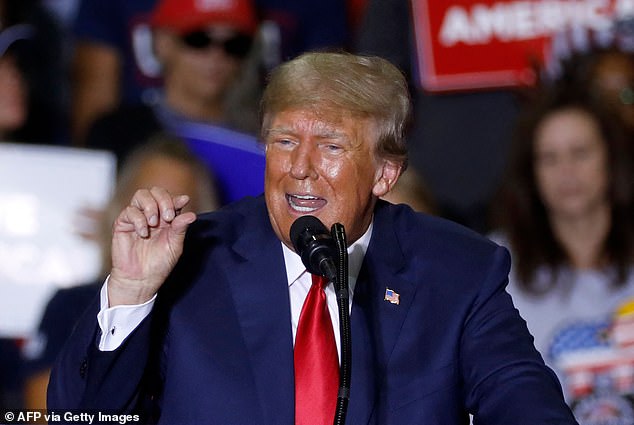 Oz said, “I would support Donald Trump if he decided to run for president.” But he is more than a candidate. It’s a much bigger story about how we’re going to build a bigger tent to make more Americans feel safe’

The Republican clarified: “I would support Donald Trump if he decided to run for president. But he is more than a candidate. It’s a much bigger story about how we’re going to build a bigger tent to make more Americans feel safe.

One of the debate moderators then asked him if he was concerned about investigations into President Trump’s alleged attempts to overturn the 2020 election results.

Oz didn’t necessarily give a clear answer: “I didn’t follow them very carefully, I campaigned quite aggressively!” They’ll work it out. I have enormous faith in the American legal system and believe that law and order will reign supreme.

Fetterman sometimes struggled to get through his hour-long debate with Republican Dr. Mehmet Oz, as the aftereffects of his May stroke were on full display.

From the get-go, the contestants chased each other — Fetterman’s delivery often interrupted and jerky, while Oz turned on the TV charm he honed over 13 TV seasons, slamming Fetterman for being “extreme “.

Ahead of the debate — the only one for the Pennsylvania Senate race — Fetterman’s campaign had tempered expectations, saying there would be ‘awkward pauses’ and ‘delays and mistakes’ as the Democrat read captions coded – due to its auditory processing publish.

Pauses and stumbles occurred throughout the debate.

At one point, Fetterman was asked to clarify his position on fracking, as moderators pointed to a 2018 interview, where the lieutenant governor expressed broad opposition to the practice, but not a ban. 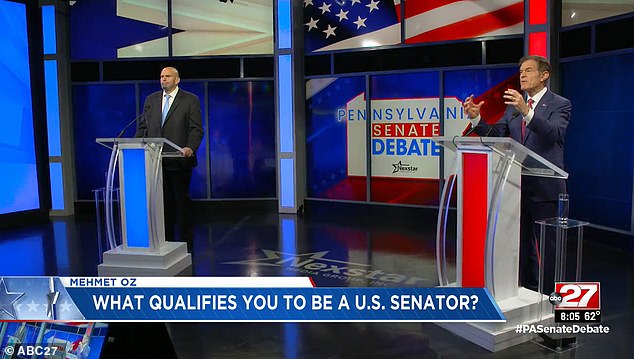 The two candidates opened the debate in attack mode.

“I run to serve Pennsylvania, he runs to use Pennsylvania,” Fetterman said of Oz. “Here is a man who spent over $20 million of his own money trying to buy this seat.”

Fetterman also called Oz a “liar” and berated the TV doctor for having 10 houses, saying he couldn’t understand the struggles of ordinary Pennsylvanians. Fetterman criticized Oz for making products bearing his name in China.

“John Fetterman, during this crime wave, tried to get as many murderers — convicted and sentenced to life — out of jail as possible,” the TV doctor said.

“17 years ago he was helping students buy their own house. They didn’t pay the bills… That was never a problem in any of the previous campaigns. It was all non-profit,’ Fetterman replied to the prosecution.

Reports of tax liens against Fetterman and a community group he led called Braddock Redux were in local Pittsburgh news when he ran for the Senate in 2016, and were attached to properties he and the group had purchased in the suburbs of the steel town where he was mayor.

A campaign memo from Fetterman released before the debate had called out the Oz campaign for attacks on Fetterman’s health, which were mostly made by the Republican’s campaign staff.

“Oz will try to play nice doctor on Tuesday night, but his campaign’s attacks on John’s health have always been petty and cruel,” the memo reads. “We won’t forget that this is the same ‘doctor’ whose campaign mocked John’s use of captioning technology, about him needing bathroom breaks and staff nearby, and he wouldn’t have had a stroke if he had eaten vegetables.”

Oz staff made the comments while a September debate was being negotiated, but it never happened as Fetterman pulled out, saying the Republican team was mocking a victim of a stroke.

The Harrisburg stop will be the only time the two candidates meet – as mail-in ballots have already been mailed to voters in Pennsylvania.

Fetterman has always had a small advantage in the polls, which continues, although several recent polls show him close.

On Tuesday, a CBS News investigation put the distance between the two candidates at two points.

According to the poll, 51% of likely Keystone State voters support Fetterman, compared to 49% who support Oz.

The populist Democratic lead is well within the 4.4% margin of error.

Pennsylvania voters are eager to see how the game plays out, a CBS News poll suggests.

More than 60% of respondents said they at least “somewhat” liked going online.

The poll took place from October 21 to 24, until the day before the debate.

In addition to his auditory processing disorder, the stroke also left Fetterman tripping over his words and taking more pauses while speaking. 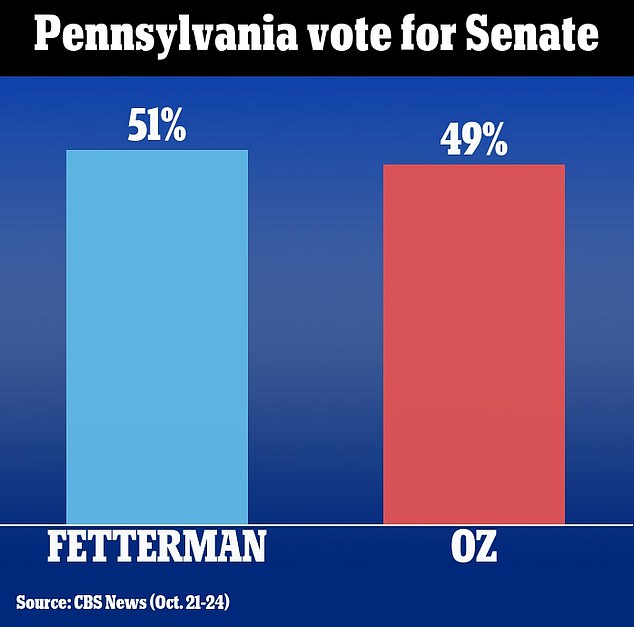 But according to the poll, voters aren’t interested in hearing about it tonight.

They are also not interested in further attacks on Oz’s residence in Pennsylvania versus his family home in New Jersey, which have been a cornerstone of Fetterman’s campaign.

Similarly, 57% said they didn’t need to know more about where Oz lives.

But more than nine in 10 Pennsylvanians polled said they want candidates to talk about the economy, as well as their views on crime and policing.

That could be a boon for Oz tonight — American worries about the economy and soaring inflation have been a big campaign issue for Republicans across the country as public opinion polls increasingly higher numbers show that voters trust Republicans slightly more than Democrats, both on the economy and on crime.