Biden, 80, jokes ‘Do you think I need it’ when asked when he’s having his annual medical exam and says ‘part’ of the exam ‘is already over’

President Joe Biden joked with reporters on Thanksgiving Day when the 80-year-old president was asked when he would complete his annual medical.

‘Do you think I need it?’ asked the president. “Part of my medical examination is already done and I will receive it before the end of the year”, he then replied.

Biden made history on Sunday by becoming the first US president to turn 80.

The family celebrated with a birthday brunch hosted by First Lady Jill Biden, as the expanded Biden clan gathered in Washington to mark granddaughter Naomi’s wedding to the White House.

They are now spending the Thanksgiving holiday in Nantucket — a place the president and first lady have been frequenting for holidays since 1975.

‘Do you think I need it?’ President Joe Biden said when asked when he would complete his annual medical – after turning 80 last week. “Part of my physical examination is already done and I will receive it before the end of the year”, he then replied. 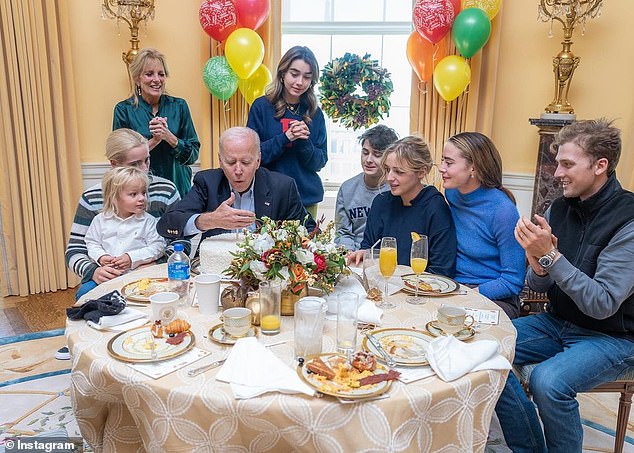 President Joe Biden celebrates his 80th birthday at the White House on Sunday, surrounded by his wife and grandchildren 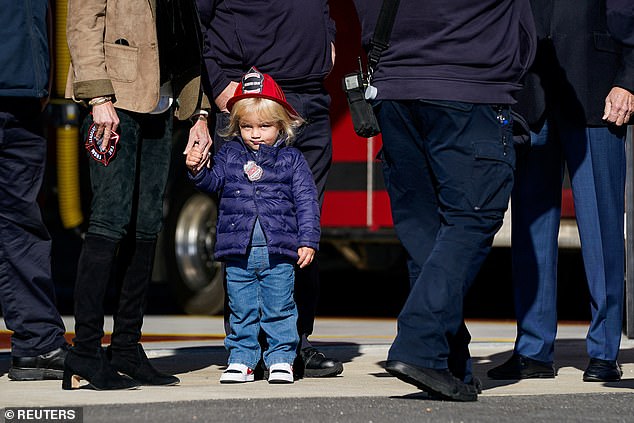 The president spoke to reporters as he stopped by the Nantucket Fire Department on Thursday, accompanied by his grandson, baby Beau Biden. The 2-year-old was given a fire hat by first responders 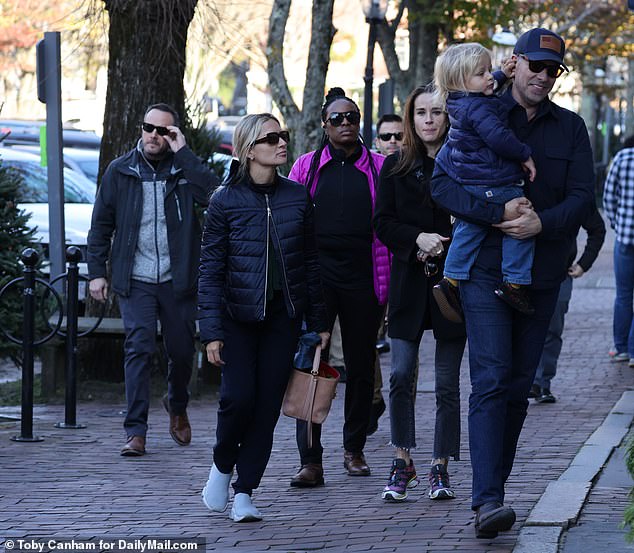 The president is expected to talk about 2024 with his family during their Thanksgiving trip to Nantucket. Spotted in town on Wednesday (from right) Hunter Biden, baby Beau, Ashley Biden and Hunter’s wife, Melissa Cohen

Biden walked up to reporters and answered a few questions Thursday morning during a stop at the Nantucket Fire Department.

The president, first lady, son Hunter and his family and daughter Ashley are spending Thanksgiving together in Nantucket, where one of the topics of conversation will be whether or not Biden should run for the White House again.

Biden said it was his “intention” to run again.

The president ignored a question from DailyMail.com on Thursday at the fire station on Thursday about whether the talks had taken place.

If the president runs and wins again in 2024, he would be 86 at the end of his second term.

“The president is therefore in good health and maintains an active lifestyle. This is from the doctor – he shared this with me,’ White House press secretary Karine Jean-Pierre told reporters on Tuesday when asked about Biden’s health after the milestone birthday.

“He will have a physical in the coming months and the results will be released the same as last year,” she said.

But unlike former President Donald Trump’s two White House doctors — who briefed the press on his physique and Walter Reed’s exterior when he had COVID-19 — O’Connor never responded. to questions from journalists.

When the president contracted COVID-19 in July and had to self-isolate, O’Connor sent letters reporting on the president’s progress, instead of making an appearance in the White House briefing room – much to the chagrin of some journalists.