BBC hands over footage of retired Catholic priest, 91, to police admitting role in IRA bombings in Hyde Park and Brighton

By Jake Ryan Home Affairs Correspondent for the Sunday Mail

The BBC has agreed to hand over to police footage of an IRA suspect confessing to his role in the Hyde Park and Brighton bombings.

Patrick Ryan, a retired Catholic priest, said he helped smuggle weapons and explosives from Libya as well as timing devices for bombs – and helped deliver them to the Republican terrorists.

The 91-year-old, who escaped extradition in 1988 to incite the fury of then-Prime Minister Margaret Thatcher, has brazenly bragged about his role in the IRA’s bombing campaign in a BBC Spotlight documentary.

When asked if he was involved in the 1982 Hyde Park bombings, which killed four soldiers, and the bombing of the Grand Hotel in Brighton at the Conservative Party Conference of 1984, which left five people dead, he replied: “Absolutely, 100%. I regret not having been even more efficient.

‘Absolutely. I would have liked to be much more efficient but we did not come out too badly.

Now, more than two years after the 2019 program, police obtained a court order to receive the footage, including any material that was not released.

Patrick Ryan, 91, as he appeared on the BBC show where he claimed he had a hand in smuggling arms and explosives for the IRA 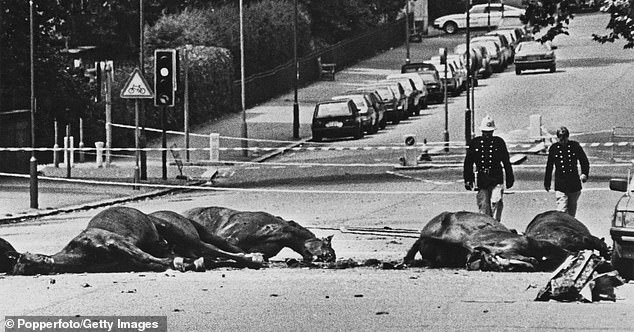 The Hyde Park bombing in 1982 was responsible for the deaths of five British soldiers and seven horses (Picture: Aftermath shows dead horses strewn across the road)

Belfast Crown Court Judge Neil Rafferty on Thursday ordered the BBC to hand over the material within 21 days after an agreement between the company and the police.

A failed effort in 1988 to extradite Mr Ryan to Britain from Belgium, where he was arrested with cash and bomb-making material, provoked a furious reaction from Mrs Thatcher.

She stormed out of a meeting with Belgian Prime Minister Wilfried Marten and Mr Ryan was flown back to Ireland.

The Police Service of Northern Ireland, which sought the court order, is also investigating convicted killer Laurence Maguire’s confession to his involvement with the Ulster Volunteer Force. 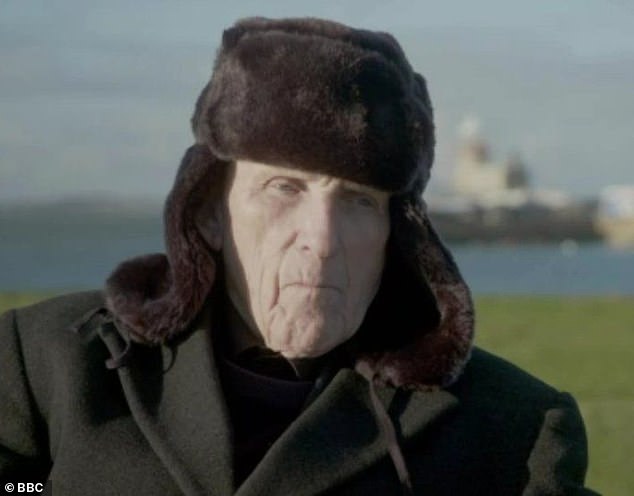 The 91-year-old (pictured), who escaped extradition in 1988 to incite the fury of then-Prime Minister Margaret Thatcher, has brazenly bragged about his role in the bombing campaign IRA bomb in a BBC Spotlight documentary.

Mark Tipper, whose Trooper brother Simon Tipper, 19, died in the Hyde Park attack, said: ‘This news – three years after our shock that Father Ryan could rejoice on national television that he is no hadn’t killed enough people, and still not warrant investigation – is a big step forward.

“Victims need a voice. And Father Ryan must face justice.

Matt Jury, of McCue Jury & Partners, lawyers for the Hyde Park families, said: ‘By his own admission, this man is complicit in mass murder – the families and the general public deserve and must see justice done.

“It’s unbelievable that almost three years have passed since we asked the authorities to intervene, and he still hasn’t been arrested and questioned.”

Shooting at the school of Uvalde | local hospital treats survivors

Jimmy Butler takes a stand, plus other Heat-Celtics thoughts – The Denver Post