Two teenagers have been arrested after allegedly stealing merchandise and being found by police using an Apple AirTag.

A 16 and 18-year-old allegedly stole items from a property in Ballarat North, Victoria at 3.30am on Thursday.

The cargo haul contained a hidden Apple AirTag — a $49 device that can be attached to and keep track of possessions like keys or a wallet.

The owner of the missing items phoned the police and informed them that the AirTag was pinging them from a unit on Landsborough Street.

Officers followed the signal, searched the property and found the items in addition to a firearm and ammunition.

The two teenagers arrested by the police are helping the agents in their investigations.

NSW resident Graham Tait had $10,000 worth of equipment stolen while driving in South Australia in April.

The AirTag pinged the location and led police to a room in the same hotel he was staying at at the time. 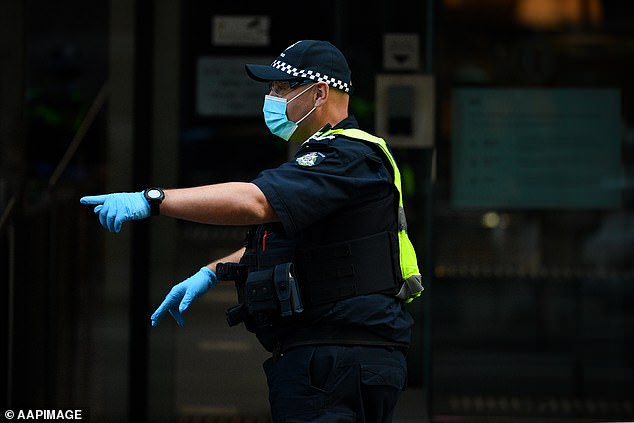 Officers followed the signal, searched the property and found the items in addition to a gun and ammunition (stock image)

In another incident, South Australian resident Trent Morey had his ute recovered after it was stolen in the middle of the night.

His caravan was reportedly broken into and his car keys stolen before his Nissan Navara was driven away.

The vehicle was found a few blocks down Telegraph Road.