A woman who believed her ex-husband was having an affair has hanged herself from a tree after sending a text message apologizing for taking her own life.

Serena Butler took her own life in June after she and her husband, Nicholas, began living apart so he could care for their mentally ill daughter, an inquest heard on Wednesday. The couple’s relationship had been strained after the separation.

Officers discovered Ms Butler’s body hanging from a tree in Pitstone Forest, near Tring, Buckinghamshire. She was pronounced dead at the scene.

A coroner was told she thought Mr Butler was having an affair, which he denied in a statement to authorities on Wednesday.

Ms Butler’s toxicology report revealed that she had not taken any substances or consumed alcohol before her death. But officials note that she was “in the midst of extreme anguish and distress” at the time of her death.

The butlers, both 38, parted ways amid concerns for their children’s safety as their daughter struggled with mental illness.

Mr Butler was caring for the mentally ill girl alone after she allegedly threatened the other children in the family.

Ms Butler had agreed to look after the boys at the family home while her husband moved into a flat with his daughter.

Presiding over the inquest in Beaconsfield, Bucks., Deputy Coroner Ian Wade read a statement from Mr Butler on Wednesday.

He said: “Our daughter has suffered from mental health issues for many years. For a time, she was sectioned under the Mental Health Act. As part of her homecoming, we have decided to find her a separate apartment, as she has made credible threats to harm children in the past.

“I then became his full-time carer. This put a strain on our marriage and for the past few weeks Serena was convinced I was having an affair, which I wasn’t.

“On June 22, Serena stopped by the house and spoke about how she felt. She was adamant that she couldn’t go on like this.

“She wanted to separate. We were both upset but at no point was the divorce mentioned and we didn’t argue. We agreed to tell the kids over the weekend.

She didn’t say goodbye to me when she left. Later she texted me saying she loved me and the kids.

“At 11:17 p.m. I received another text from her. He was saying, “I’m so sorry for what I’m about to do. Please let the children know that I love them every day. ” 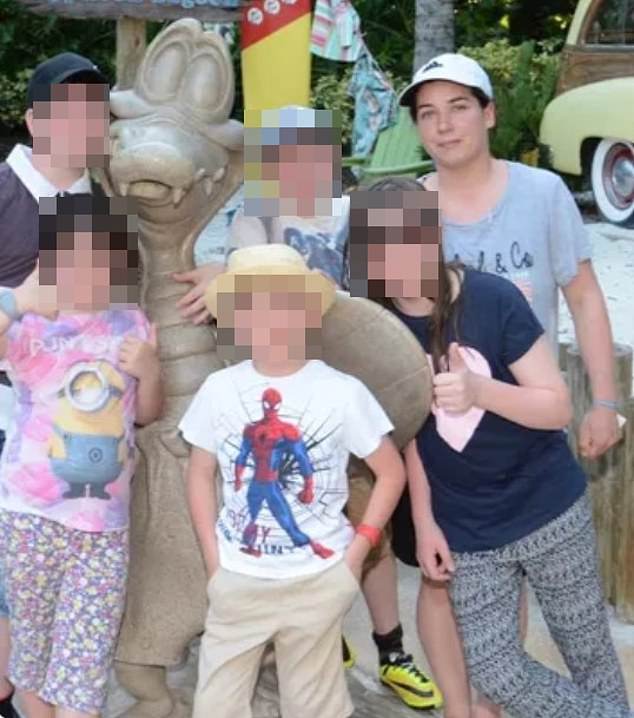 The couple’s relationship had been strained after the split and Ms Butler feared her husband was having an affair, which he denied

Mr Butler continued: ‘I felt something was very wrong. I called and texted back but got no response.

“I left the house to pick her up when I found her car. I walked a short way in the field but using only the torch on my phone I knew I couldn’t find her.

“I called 999 and explained what had happened and they told me to go home and stay with the kids, which I did.”

An autopsy confirmed that the cause of death of the children’s club manager was pending.

Concluding the inquest, Mr Wade said: “Serena was only 38 when it happened but late one night she walked into a field at an old quarry in Pitstone. She was found shortly thereafter in the early hours of June 23.

“In the midst of extreme anguish and distress, following a very difficult discussion of deeply moving things, she left her husband and children in her immediate care and did not go very far in own car with a dog leash.

“She sent two text messages to her husband Nicholas, the second seems to be consistent with an intention to do something very important and probably terminal. She was found shortly after hanging from a tree.

“The only conclusion I can give is suicide. There is no consolation to be drawn from this tragedy, but we all have the right to make rash decisions.

For confidential assistance call the Samaritans on 116123 or visit a local branch of the Samaritans, see www.samaritans.org for details.

Charts suggest the market will bottom out in the coming weeks

LeBron James says he has ‘no relationship’ with Lakers legend